Fun Things to do in Wilmington NC 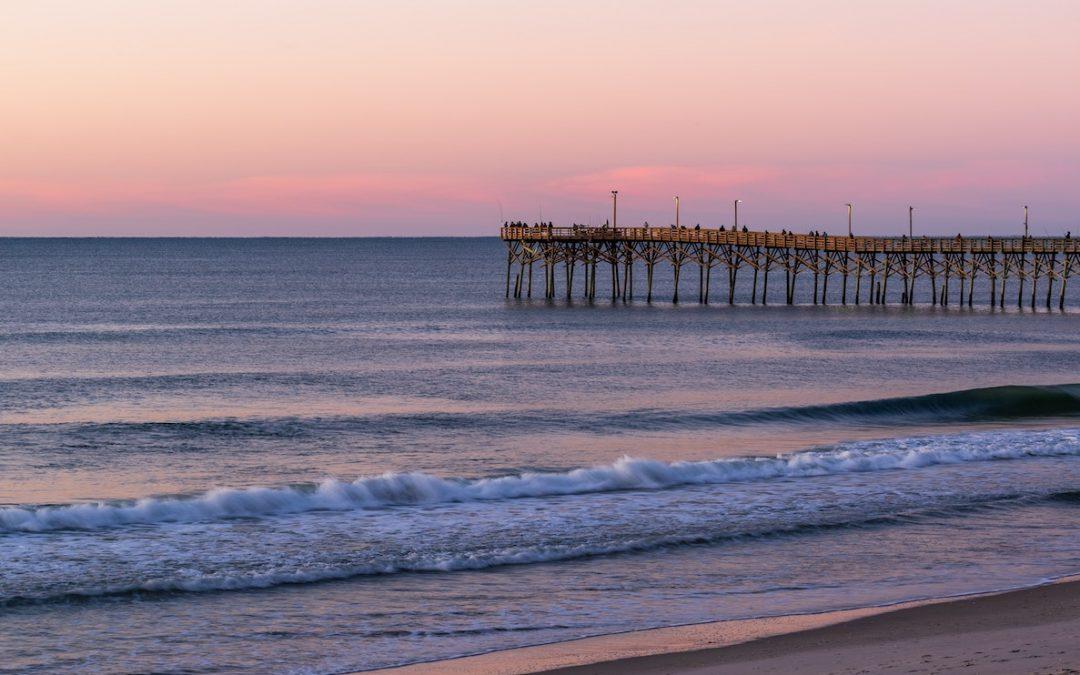 Headed to North Carolina’s charming southern city? Be sure to check out these fun things to do in Wilmington NC!

Fun Things to do in Wilmington, NC

When my family decided we wanted to take a mini-trip over the MLK Jr. long weekend, our destination had to meet a few criteria. First, it had to be south. If we were going away from home in January, it had better be to somewhere warmer than Virginia. Second, it couldn’t be far – we were only going for a couple of days, after all, and didn’t want to hassle with flying. And third, it had to be a place that we’d never taken the time to explore before. The city that fit the bill was Wilmington, North Carolina.

Wilmington is the charming southern city that most people forget about. It lives in the shadow of its neighbors Charleston and Savannah, cities famous for being the essence of southern hospitality and elegance. Which is unfortunate, in my opinion. Wilmington may not have the name recognition, but it does have the Spanish moss, beautiful Victorian mansions, charming locals, and all of the taste-bud satisfying fare to make it a worthy member of the “quintessential southern cities” club. It’s one of North Carolina’s most romantic destinations.

We loved our holiday weekend spent exploring this lesser-known town and I highly recommend it! It happens to be a great day trip not only from Fredericksburg, VA, but from several other cities like Raleigh and Chapel Hill as well. Should you find yourself in the area, here’s a shortlist of fun things to do in Wilmington NC.

Moored across the river from downtown Wilmington is the imposing and impressive Battleship North Carolina. The ship was commissioned in 1941 and participated in every major naval offensive in the Pacific during World War II. Once upon a time, 2300 sailors called the ship home during their wartime service. But today, the only footsteps echoing through the ship’s labyrinth of passages are those belonging to tourists. 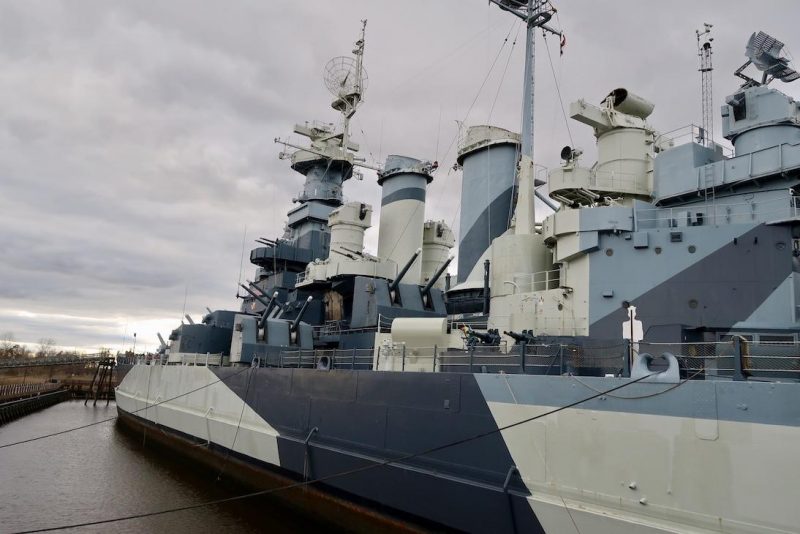 When we arrived at the battleship, we were greeted by an extremely friendly volunteer who offered to take us on a guided tour. Since none of us knew anything about battleships we thought that sounded like a good idea. So we bought our tickets and met our guide at the meeting place – which is when he told us that this tour could take four hours. Four hours??! It’s a ship, not a castle! How could it take four hours?! 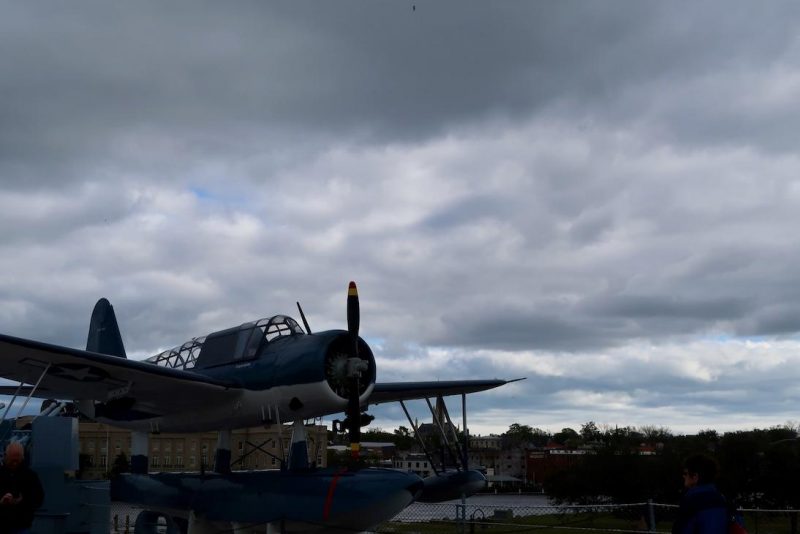 Turns out, those were the four most fascinating hours of our weekend. Our own personal tour guide (named John, by the way) started us out on the deck, telling us about the various guns and how they were operated. Then we went below deck – and covered all 6 stories that lie underneath the ship’s surface.

He made the tour very interactive – he’d have us try to figure out how to operate the WWII era machinery, or see if we could answer trivia questions. He was able to explain the intricacies and otherwise boring details about the Battleship and the way of life for its crew in an engaging and easy-to-understand manner. I won’t bother sharing too many facts about the battleship here, but if you have time when you’re in Wilmington, it’s well worth it! 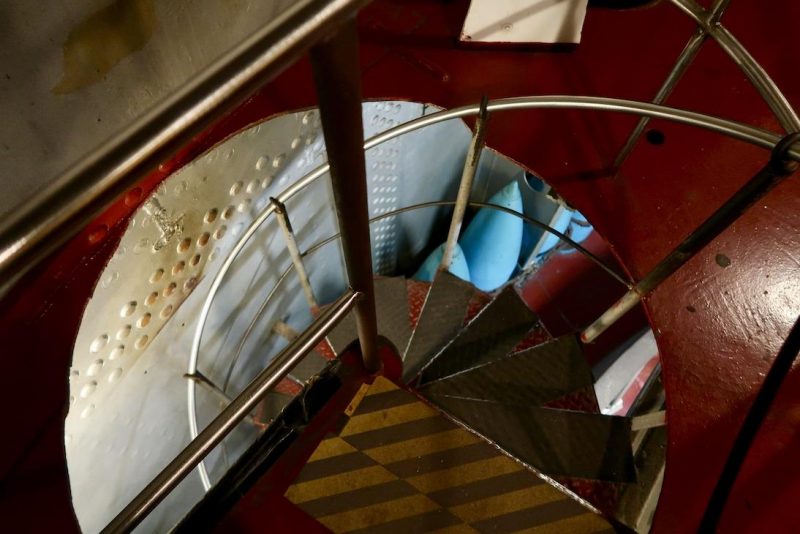 Lots of tiny staircases inside the ship! 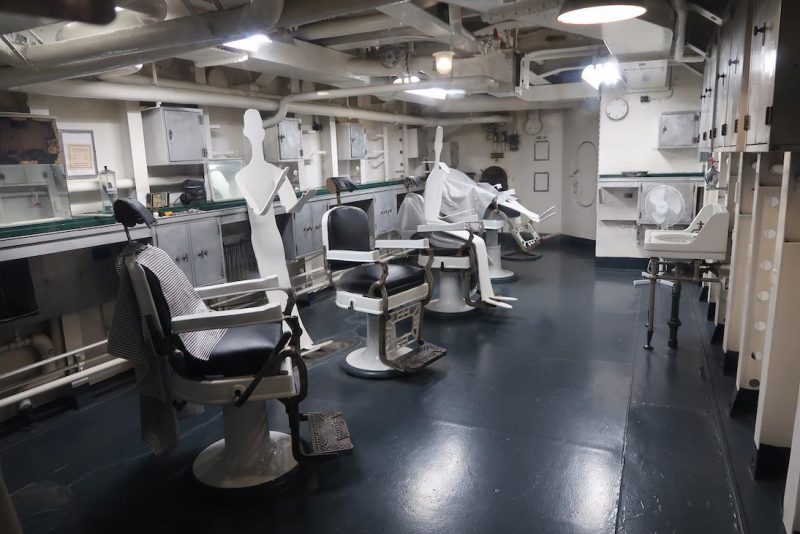 *Tip: you don’t HAVE to take a 3 or 4-hour tour. Guided tours cost extra. If you want, you can take a self-guided tour. There are informational signs located all over the ship. But as someone who is not particularly interested in WWII machinery, I found the guided tour to be very helpful.

Related: More into the mountains than the beach? Check out nearby Boone, NC!

The Bellamy Mansion is a grand example of an urban antebellum home. John Bellamy was a successful doctor in his own right, but combined with the inheritance of his father’s plantation outside of town, he was a very wealthy and well-connected man in the South. Just before the outbreak of the Civil War, he and his wife Eliza built the Bellamy mansion for themselves and their 10 children as their townhome.

But what makes the Bellamy different from other antebellum mansions is that it almost entirely burned down in the 1970s, and what exists today is a testament to what historical preservations and restorers can do.

The house and grounds are small and don’t take much time to tour, but it’s well worth doing. As a southern city, Wilmington’s Civil War connection is a crucial piece to understanding the city’s history. A tour of the Bellamy gives a glimpse into the life of a wealthy family in the 1860s, as well as into those of the slaves and servants who made that life possible. 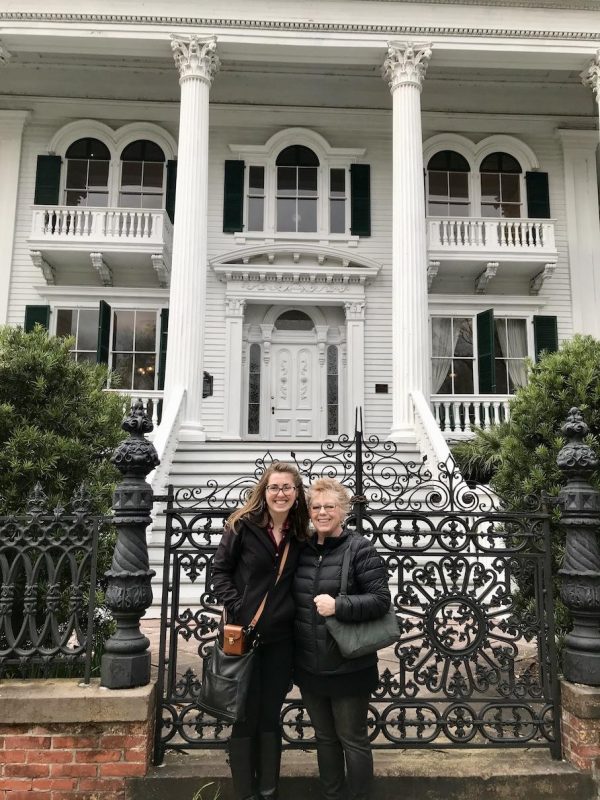 Want to tour another historic mansion? Check our nearby Tryon Palace!

Did you know that Willmington is known as the Hollywood of the East? I sure didn’t. But since over 500 movies have been filmed in this unassuming city, it’s easy to see how it got that nickname. This tour is definitely one of the best fun things to do in Wilmington NC, for casual movie viewers and film critics alike.

Of the 500 movies, I honestly had only heard of a handful and actually seen even less (but one of those was blockbuster Iron Man 3). But that didn’t matter – the tour guide “Director” is a passionate movie aficionado who has spent most of his career immersed in the theater and film industry. He tailors each tour to the guests – so if there’s a particular film or TV show that you love that was filmed in Wilmington, he’ll make sure to take you around to the spots used for that set (for a full list of shows filmed here, go here). 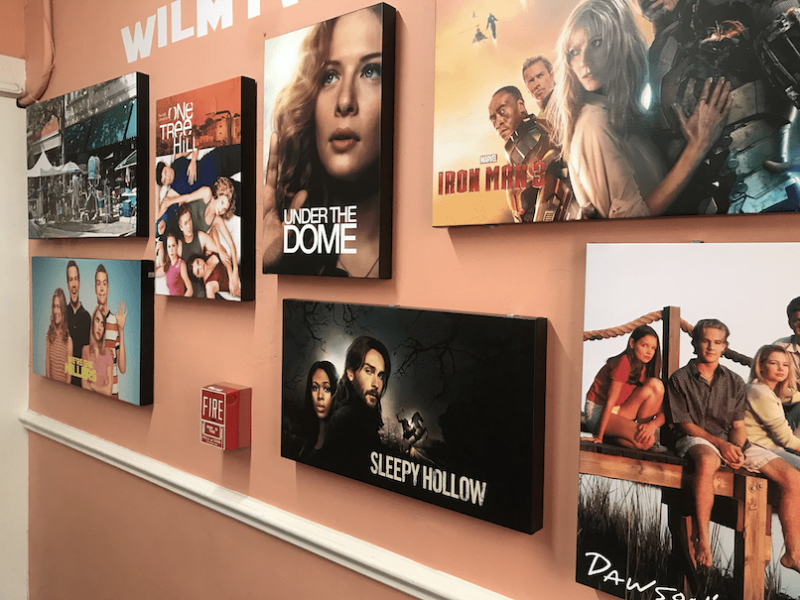 Some of the shows filmed in Wilmington

Since no one on our tour had any special requests, he showed us the highlights – picnic areas that were featured in One Tree Hill, a bridge where Iron Man dueled a bad guy. Practically every A-list Hollywood star has, at some point, made a film in Wilmington. There’s an alley wall that’s been signed graffiti-style by a number of them, from James Earl Jones to Henry “The Fonz” Winkler. Michelle Dockery (of Downton Abbey fame) even lived downtown while working on the TV show “Good Behavior.” 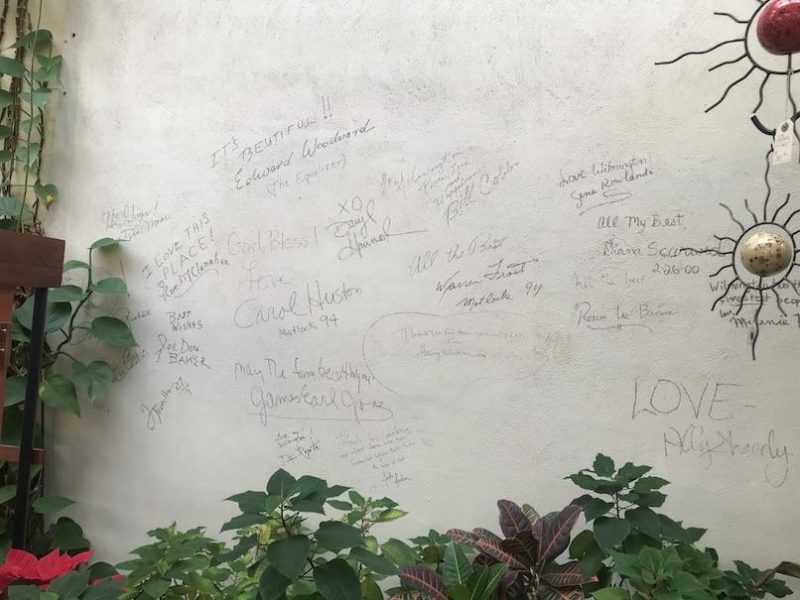 For all the other things Wilmington is, it is also a Carolina beach town. And can you say you went to a beach town without actually going to the beach? 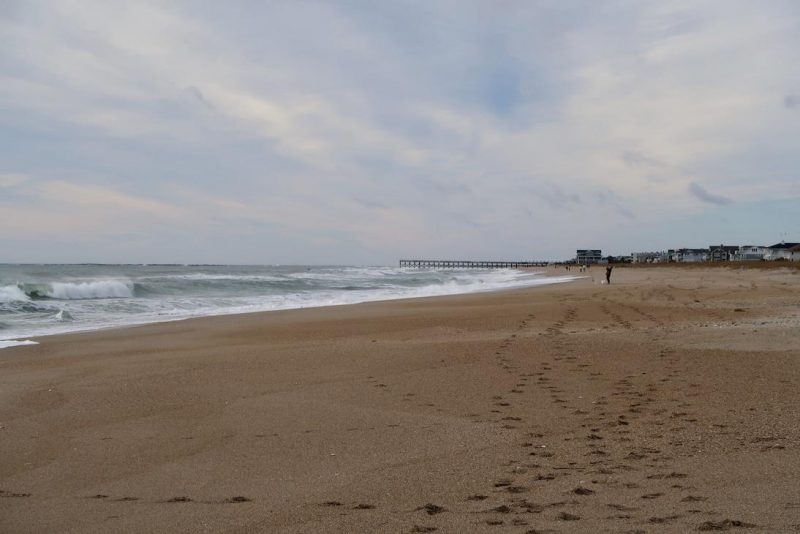 Ok, so it’s not right on the beach. But Wrightsville Beach is a short 15-minute drive from downtown, and if you need an ocean fix, a stroll along the sandy coastline should definitely be on your itinerary. It’s a wide and well-maintained stretch of East Coast bliss. As you’d expect, it was virtually empty when we there in January, but I’m sure it’s much busier in the summer. Regardless, it’s a lovely beach and will satisfy your need for sand and salt air. 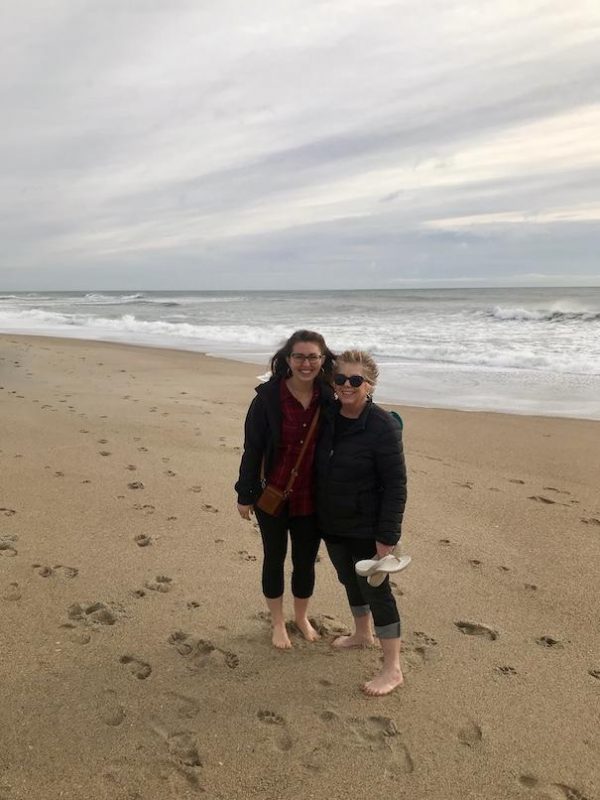 This short list is just a sampling of all the fun things to do in Wilmington NC. I encourage you to go and explore this underrated city for yourself! 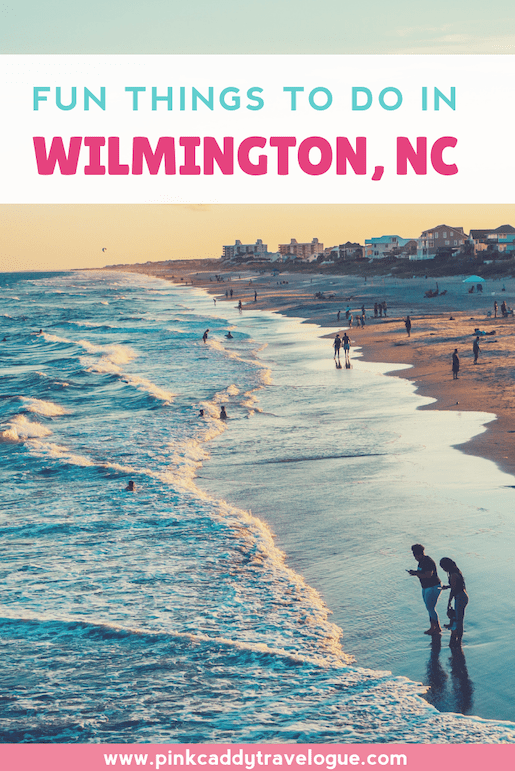 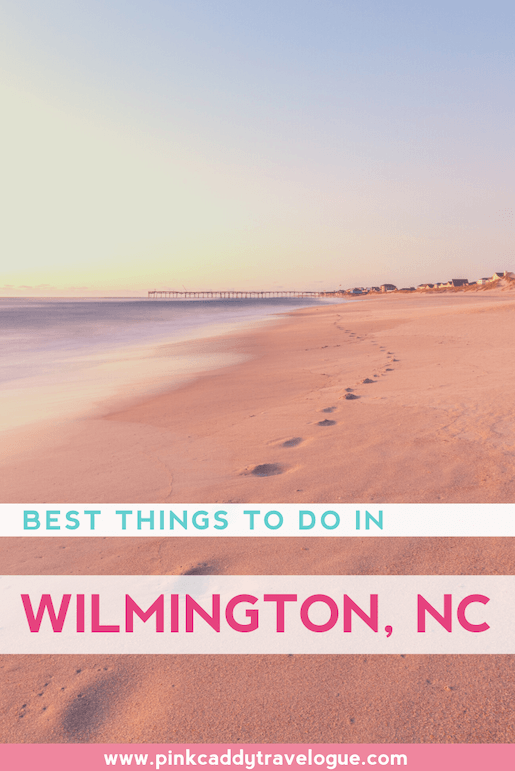 Complete Guide to the Outer Banks in Winter

How to Stay Fit on Vacation (And Still Have Fun)