Why You Should Stop Making “Bucket Lists” 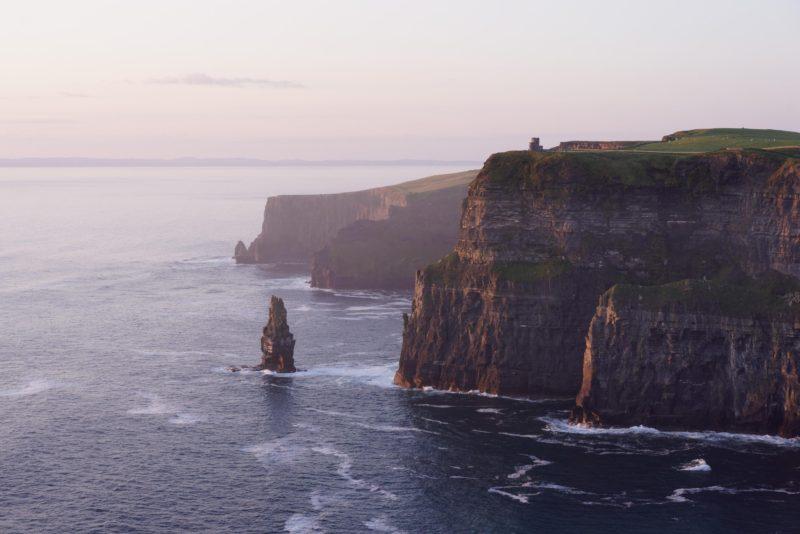 Why You Should Stop Making “Bucket Lists”

The Problem with “bucket lists”

“Bucket list” – it’s a term that gets thrown around with a great deal of carelessness these days. Just about anything can be added to a bucket list. Whether grandiose (visiting Dracula’s Castle on Halloween), bizarre (eating chocolate-covered crickets in Thailand), or even mundane (like going seven days in a row without hitting the snooze button), so long as you haven’t done it before, it qualifies for your bucket list.

But isn’t a “bucket list” just an acceptable way to procrastinate on living the life of your dreams? How often do we think about the amazing places we want to go to and the experiences we want to have and use our “bucket list” as a way of not accomplishing any of them right now? Instead of taking action to get us closer to living out our goals, we just say “oh that’s on my bucket list.”

To me, bucket lists are like that chair in your home. You know, the chair. The one that lives under the pile of coats and laundry and books and blankets that we have every intention of putting away, just…not right now. That chair. Bucket lists aren’t any different. We never mean to leave cool adventures in the bucket forever, we just don’t want to do what it takes to get them out of the bucket right now. After all, there are probably have 60+ years to accomplish the bucket list.

But we all know how procrastination works.

My frequently frustrated college roommate will tell you that there was no research paper that I met that couldn’t be written mere hours before the deadline. Why do something today that can wait until tomorrow, right?

But the adventures I want to go on are too exciting to leave abandoned in that bucket for decades! I don’t want to wait until I’m 80 and can see the proverbial pail falling over before I realize I should get started on that list of mine. And unless I find some magical elixir of life, I doubt I’ll be as fit and healthy as I am now to accomplish that list at that point anyway.

So I’ve renamed my “bucket list” to simply my “Travel To-do List.” It’s not terribly creative or inspirational, but it explains exactly what it is. And by being a to-do list, I am motivated to actually check off the items that I’ve put on it.

One of the first items on that list for both my mom and I was to take an international trip every year, just the two of us, as a “Maggie and her mom wreck havoc across the globe” annual spree. We booked the trip last year and by the time you read this, we’ll have already driven across Tuscany for our first mother-daughter excursion. We’re making that list item a reality.

I want to encourage you to do the same thing! Don’t just keep hoping that one day you’ll get to do that thing that you want to. Start taking steps towards making it a reality! To inspire you, here’s a few other activities on my own travel to-do list.

1) Trek to Everest Base Camp – There was a book series that I read when I was younger about these teenagers who climbed Mt. Everest. Mountains are my true love, and after reading those books I decided that I too would one day stand on top of the king of them all. But my Everest dreams eventually got a reality a check when I realized I didn’t want to carry an oxygen tank up a mountain, or fall off and die. That would make accomplishing the rest of my list pretty difficult. Although I’ve let that goal go, I still have every intention of seeing Everest in person. The best way to do that is to travel to Nepal and trek to the Everest Base Camp (EBC). The EBC is still at 17,000 ft, higher than almost every mountain in the US.  But the trek gives hikers the opportunity to still experience the high Himalayas and Nepalese culture without being a mountaineering expert. 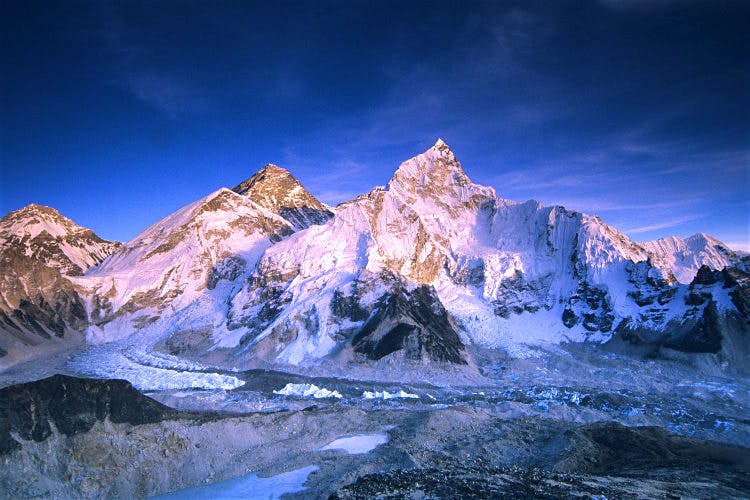 2) Glow Worms in New Zealand –There are some things in nature that I believe God created just for His, and now our, amusement. Glow worms are definitely on that list. They are the only worm that I’m willing to associate with the word “beautiful.” Imagine, floating into a damp, pitch-black hole in a sea cliff when suddenly brilliant blue light fills the space as if someone has flipped a wall switch. And that light is coming from worms! There are several caves in New Zealand that offer kayak tours at night to go see the glow worms in all of their fluorescent, glowing glory.

3) White water rafting in the Grand Canyon – The Colorado River through the Grand Canyon is the mecca of white water rafting. Class 5 rapids tumbling and churning past the red craggy walls of one of the world’s 7 natural wonders – yeah, I’m there for it. It used to be that you had to camp several nights on your trip through the canyon, but there are now companies that offer 1-Day Canyon rafting trips if camping isn’t your thing. 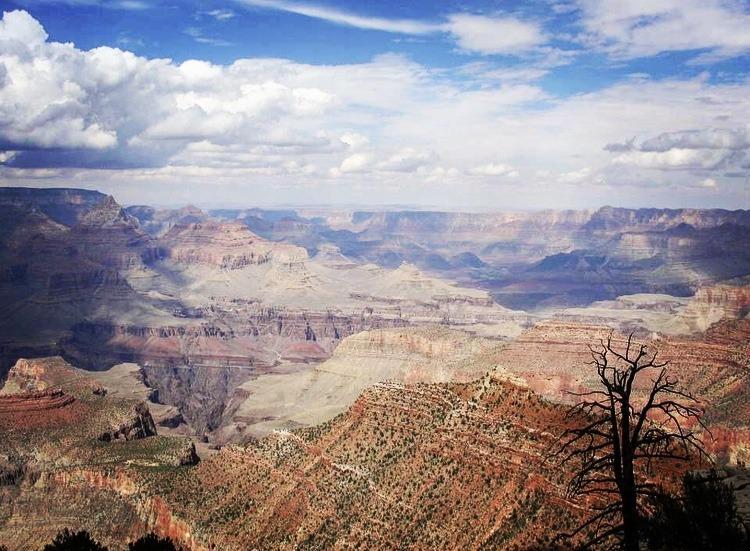 I took this from the South Rim years ago before I knew how to take pictures. Amazing what a little editing can do lol.

4) See the Northern lights in Alaska – The Northern Lights can be seen anywhere that’s close enough to the arctic circle. I actually saw them very faintly in Montana several years ago. But there’s just something particularly rugged and wild about seeing them in Alaska.

Related: Seeing the Northern Lights in Europe would be a bucket list (or “to-do list”) worthy thing too!

5) Do a jig on the Cliffs of Moher – As an Irish Dancer, I can’t leave this one off the list. Dancing in Ireland would be pretty cool all by itself, but to take it up a notch, I want to do it overlooking the Emerald Isle’s most famous vista. 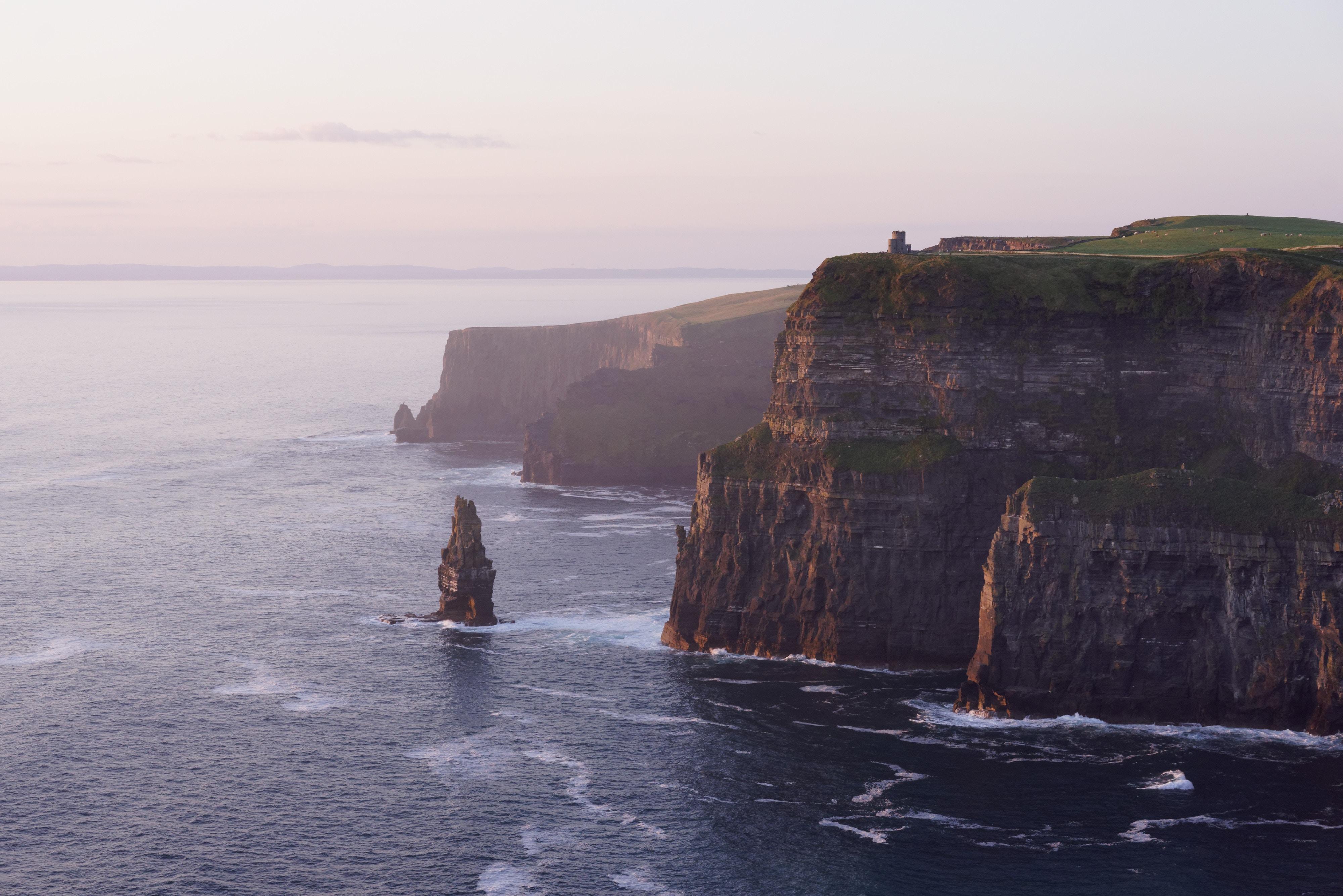 Not mine, haven’t been to the Cliffs yet. Shout out to free stock photos though 😉 -Photo by Vincent Guth on Unsplash

My list obviously has an adventurous bent to it because that’s what I enjoy doing. But maybe your list includes a croissant-tasting tour in Paris, traveling solo for the first time, taking a cross-country road trip, or spending New Year’s Eve in NYC (that will NEVER be on my list, but don’t let me stop you). Whatever it is, stop putting it in your never-ending bucket list and start making it happen. Life is too short to not live it the way you want to.

So what is on your travel to-do list? Let me know in the comments! 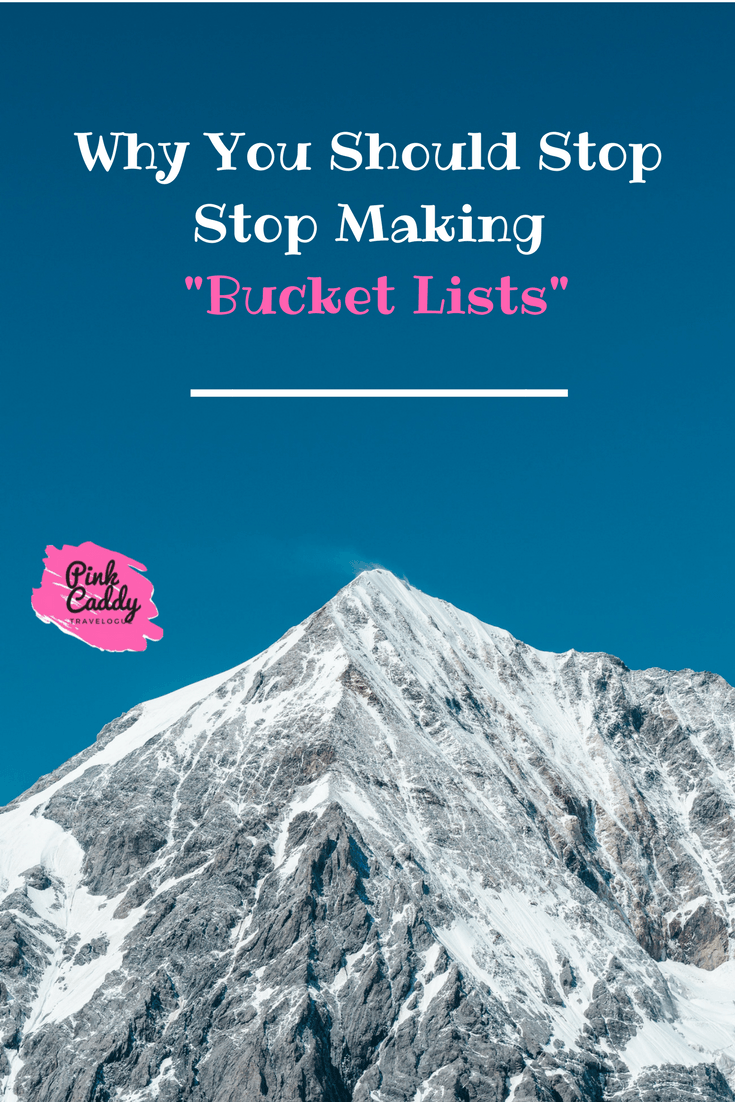 Pros and Cons of Traveling with My Mom