Driving to Delphi: Home of the Oracle

Once upon a time, Delphi was considered the center of the world. Now, its crumbling ruins at the foot of Mount Parnassos are the second most visited site in Greece, after the Acropolis. Although I’m not usually a fan of visiting clichéd tourist destinations, Delphi is one that is absolutely worth your time. But half of the excitement is, like the ancients who made a similar journey millennia ago, making sure that you don’t die trying to get there.

“Would you be willing to be one of the drivers in Greece?”

There were 16 college students and a handful of parents going on this trip, and we weren’t about to spend our spring break walking all over the Peloponnese. Instead, my professor, the organizer of the 10-day tour of Greece, sent this trip-defining email to my mom. Being the helpful, enthusiastic person that she is, my mother quickly agreed. 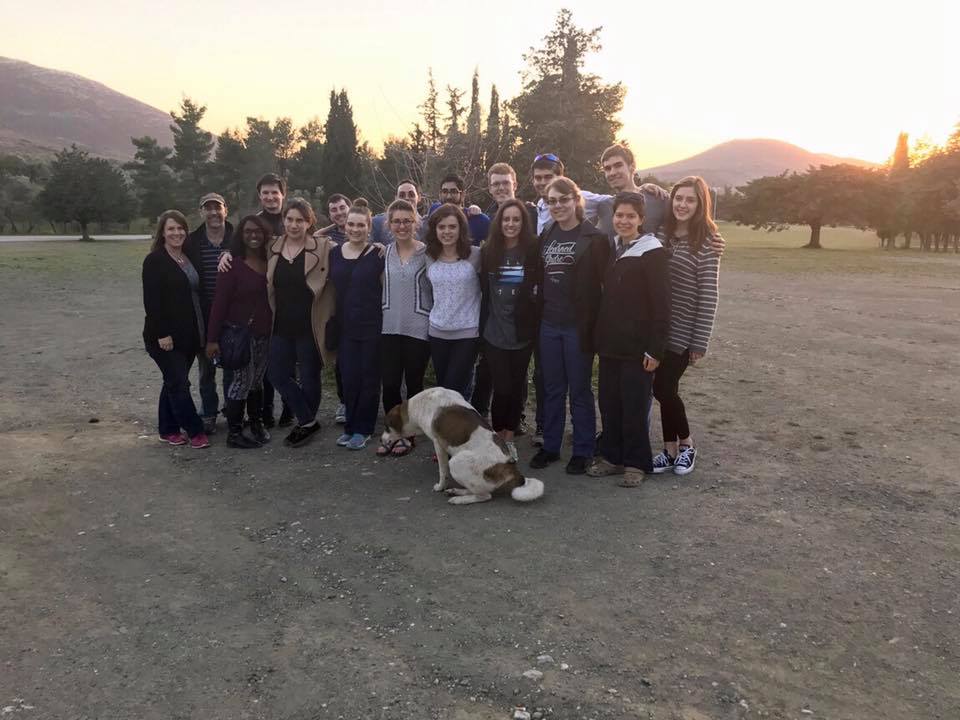 The group + a Greek dog

She was less enthusiastic when, just a few weeks before we were scheduled to leave the States, my professor sent another email.

There was one more twist to come that I had not foreseen before we were flying over the Greek countryside, readying to touch down in Athens. When I used to think of Greece, I always envisioned gently rolling sun-bathed hillsides, lined with row upon row of olive groves. Or I imagined women draped in white linen laying on chaise lounges in their seaside villas with someone dangling bunches of grapes over their faces. Those elementary textbooks with their cartoon images of ancient Greeks turned out to be shockingly inaccurate. Turns out, that’s not what Greece is like at all.

Do you know what Greece is actually like? You probably do, you’re an intelligent human being. But in case you’re like me, I’ll tell you. It’s all mountains. Mountain after snow-covered mountain. Mountains that I realized we would be driving over. Or, rather, my mom would be driving over, and the rest of us would be praying to God that our 15-passenger stick-shift van didn’t go careening over the side of some Greek cliff.

The archaeological site of Delphi is in the heart of those mountains, clinging precariously onto the side of one of those sheer Greek cliffs. The road to get there goes straight up from the valley floor and takes cars around 5 or 6 narrow switchbacks within only a couple of miles before spitting them out into the modern-day village of Delphi.

Fortunately, we were there in the quiet off-season, but the small town filled with only hotels, gift shops, and gyro palaces confirmed that in summers it was packed with tourists.

Obviously, in its hay-day, visitors to Delphi didn’t arrive in automobiles. They came on foot or donkey or wagon or whatever their preferred method of transportation was that didn’t involve modern innovation. When parking spots were eventually put in, there was limited space available to pave without disturbing the artifacts – which means that my mom had to maneuver the 15-passenger stick-shift van into a parallel parking spot on the side of a cliff. 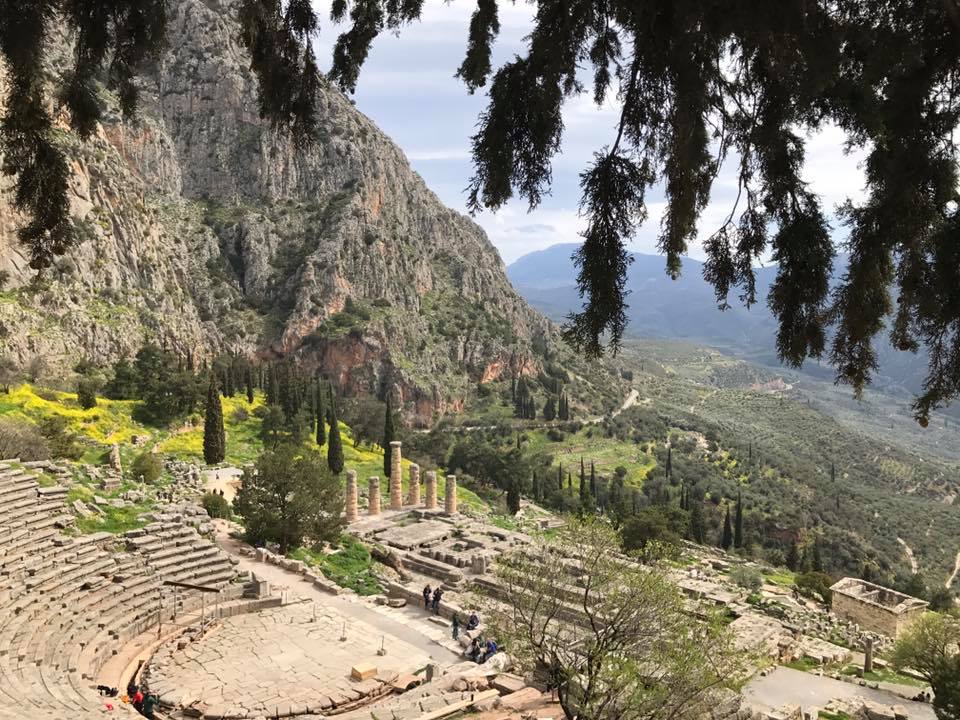 Before I tell you why this harrowing trip to Delphi was worth it, I should warn you that Greece can feel a bit overwhelming if you’re not an ancient history expert. Every column, every temple, every boulder on the side of the street has a sign designating it as important. Don’t mistake me; it’s all fascinating, interesting, etc. But after a while, once you’ve seen a thousand red clay pots in one museum, you wonder “is it really necessary to display all of these pots? How important can each one possibly be?”

The same goes for all the archaeological sites, because Greece is absolutely littered with them.  So, if you can’t visit every single supposedly important archaeological site in Greece on one trip, how do you choose which ones to go to? Do you avoid the uber-touristy ones like Delphi, or flock to them because everyone else must know what they’re doing?

I’m not going to give you all of the historical and political reasons that Delphi is important. There are dozens of websites out there that already do that, written by historians and scholars who understand Greek history far better than I do. I’ve linked a couple, here and here, if you’re really curious. Instead, what I’m going to do is tell you why, as someone who may not be up on their Greek history (like me), Delphi absolutely must be on your Greece itinerary. 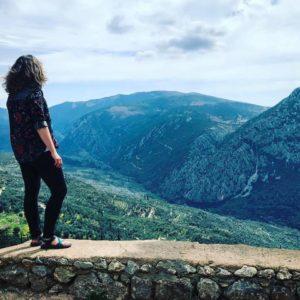 Looking out from Delphi

1) That view! – Greece is beautiful in general (hello, Santorini!), but where Delphi is located is exceptionally so. When you first enter the archaeological site, it takes a few minutes to get over the view before you can pay any attention to the ancient relics. Delphi is situated high up on the side of a jagged, pine-forested mountain. You can see that far below the parking lot, the verdant Phocis valley stretches out to the east. It’s bordered by more of those craggy, ancient rocks that seemingly jut straight out of the earth for a few thousand feet. Just on the other side of those lays the Bay of Corinth. When we were there, I was still getting over my shock at the fact that Greece actually has mountains; I certainly was not prepared for as rugged and striking a view as the one from Delphi.

2) Easy day trip from Athens – Delphi is just over 2 hours driving distance from Athens. What made driving a 15-passenger stick-shift van possible is that driving in Greece is like everything else in that culture – extremely relaxed. If a driver in front of you is going too slow, you can either pass him on the double yellow line (the road signs are apparently just suggestions) or he will pull over on to the shoulder to let you pass (the Greeks are not like the aggressive drivers that we have here in Northern Virginia). Olympia and Corinth are a little more of a hike from Athens, so if you’re pressed for time, Delphi is convenient. 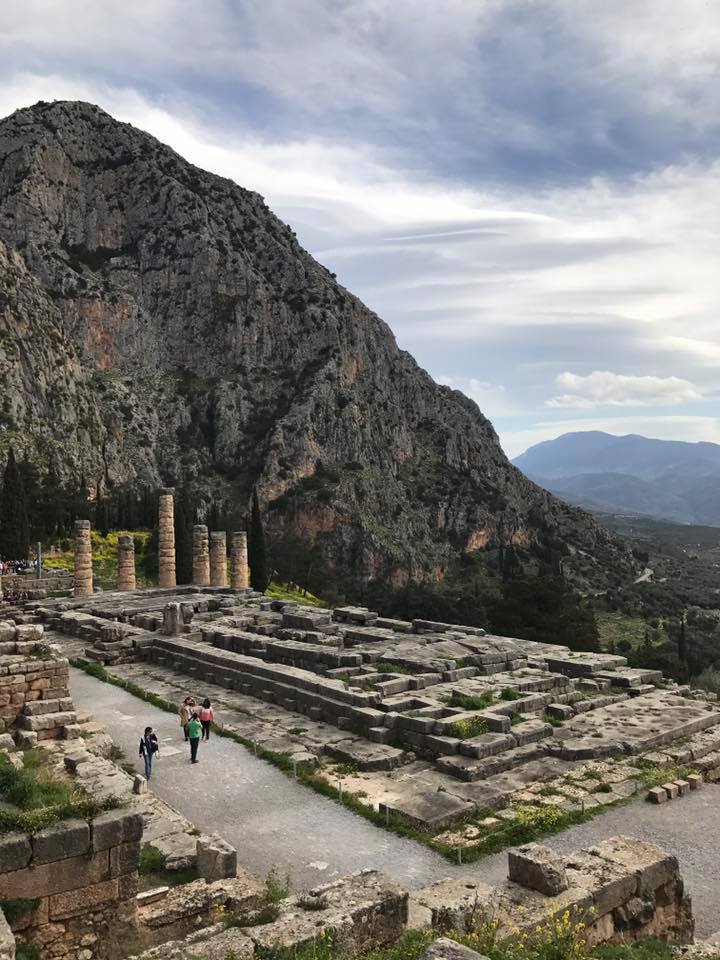 Temple of Apollo at Delphi

3) Historical context – If you’re not an ancient Greek history buff, visiting Delphi can actually help give some context to everything else you’ll see in Greece. A majority of Greek myths include the all-important Oracle of Delphi, and for centuries real-life kings and emperors and generals, both Greek and Roman, made the pilgrimage here for advice that would change the course of history. Delphi is referenced frequently at other sites and in museums, so having actually been there will help you have a better understanding.

To date, Greece is my favorite foreign country I’ve been to, for a myriad of reasons that I’ll write about later on. So if you’re thinking about going, go! And when you get there, make sure to squeeze Delphi onto your to-do list, despite the crowds. You won’t regret it. 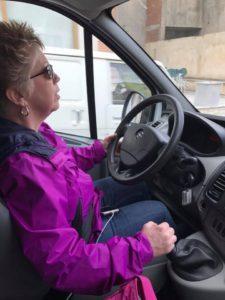 One more tip for traveling, not just to Delphi, but in general: never say no to something just because it scares you. In the end, I was really glad my mom ended up carting us around Greece in that van, even if all her passengers had a few more gray hairs at the end. Even if the farmers in that one olive grove are still wondering how we ended up driving through it. Or if the Greek gas station manager who didn’t speak English is still laughing at us for having to push the van out of a parking spot because no one knew how to put it in reverse. We collected far more stories simply because my mom is fearless. 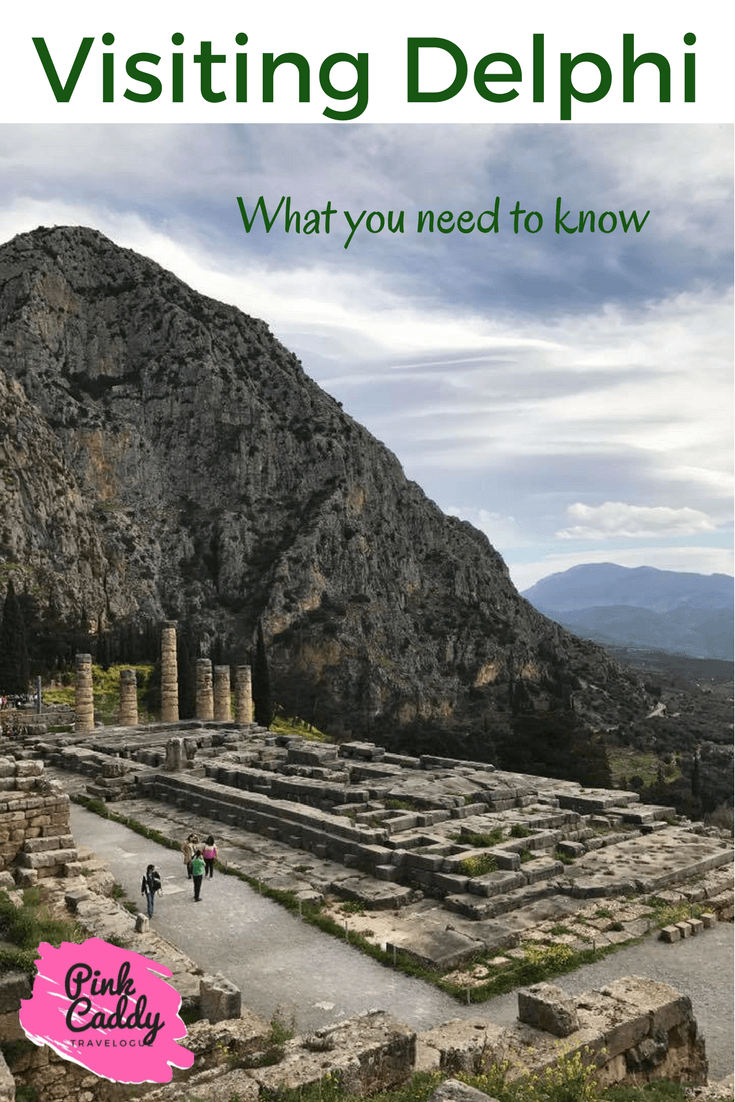 One Day in Santorini: an Itinerary

Pros and Cons of Traveling with My Mom