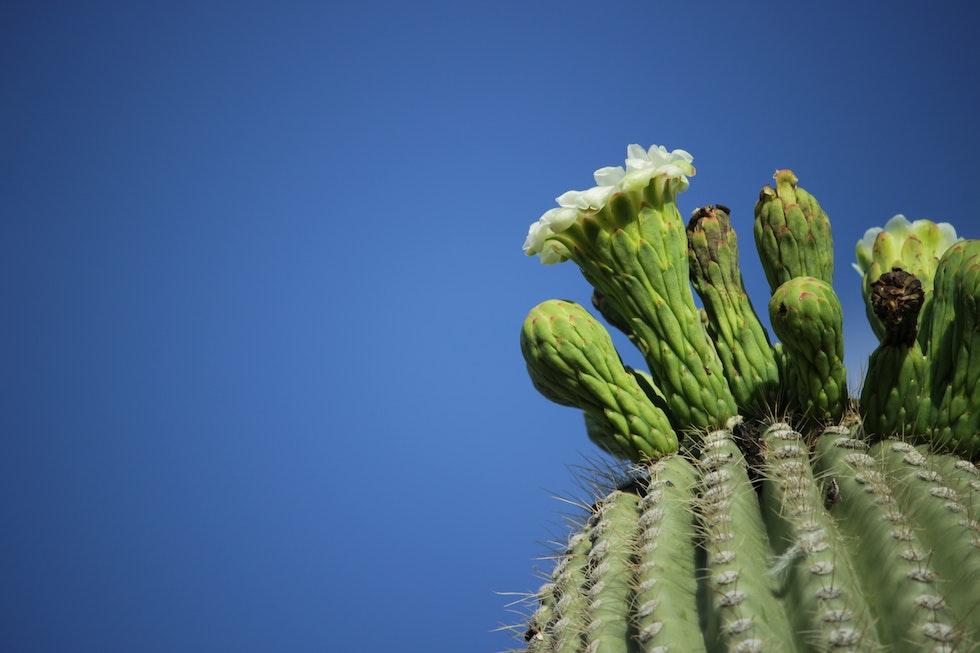 If you’re headed to the Phoenix area, be sure to put this awesome Scottsdale food tour on your itinerary!

*This post contains affiliate links. That just means that if you happen to click on one of those links and end up making a purchase, I make a small commission (and you will have made my day!)

If you’ve spent any time on this blog, you know I LOVE food (and wine, and whiskey, and just about anything that makes my taste buds happy). And I love learning the hidden secrets and off-the-beaten-path insider tips about a place that I’m visiting. If you’ve never taken one, food tours are the best marriage of these two things. You get to try some of the amazing food a community has to offer AND learn from a local expert.

And if you’re going to take a food tour, Phoenix, Arizona is an excellent place to do so. On the one hand, it’s a mecca for all things southwestern fare (you can’t go a city block without passing a Mexican restaurant). On the other, millions of people have moved to the area for its year-round sunshine, bringing with them their many cultures and cuisines. Many of the country’s top chefs have made their homes here to capitalize on this melting pot of flavors.

So naturally, on my family’s recent trip to Arizona, I made sure that a food tour was part of the itinerary.

Opened in 2009, Arizona Food Tours was the first company in the state to offer walking culinary tours. The founders had seen what other companies were doing in cities around the world and said “well we’ve got great food too! Why not try offering similar tours here in the Phoenix area?” And thus, the company was born. They focus on showcasing the best of the best of restaurants, wineries, and breweries in Scottsdale and Tempe, Arizona, while also introducing guests to local history.

In normal times, they offer a rotating selection of public group tours. But in the age of COVID, they are offering private tours by appointment only. Which, honestly, worked just fine for me because that meant my family got to have a more intimate experience. So if smaller tours are your thing, now is the perfect time to go.

We met our tour guide, Zach, in front of Scottsdale’s oldest standing church, the Old Adobe Mission, which is a bit of a misnomer. Completed in the 1930s by the Mexicans who originally settled the Scottsdale area, it’s not exactly “old” by anyone’s standards. But it is charming and harkens back to the days when Scottsdale was just a small western settlement. 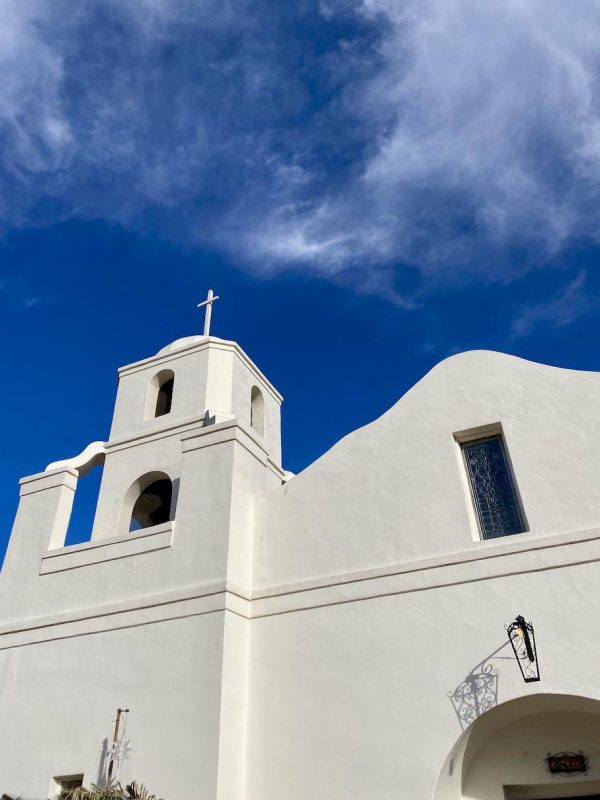 But the real purpose for starting out here was our first restaurant stop. The Mission (the restaurant, not the church), is housed right next door to the parish, in an annex that used to be part of the church. Whereas the church is all 1930s historical charm, the restaurant is modern urban chic: handmade cast iron light fixtures and a wall made of Himalayan pink salt blocks make for both an elegant and casual setting.

Chef Matt Carter, one of the Phoenix area’s most renowned, infuses his menu with a unique blend of Spanish, Latin, and South American cuisines. For our tasting, we had his grilled street corn (which is NOT like any grilled street corn you’ve ever had; I’m drooling just remembering it) and smoked pork shoulder tacos. Yeah, still drooling over that one too. 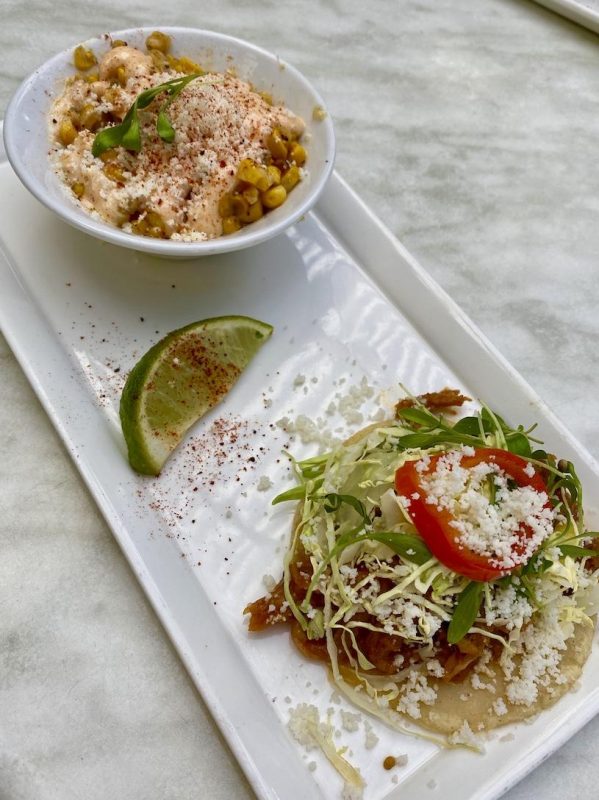 Tour guide Zach set a pretty high bar by bringing us to The Mission for our first tasting. That meant we were pretty optimistic about how the rest of our Scottsdale food tour would go.

From the Mission, Zach took us through Old Town Scottsdale and gave us a brief history of the city, including the story of Winfield Scott and his intrepid wife, Helen, and how they came to found a community in the isolated Arizona desert in the 1800s. Did you know that before it was Scottsdale, Winfield named it Orangedale in honor of the fact that he and his wife started a citrus farm there? But then his brother, George Scott, moved to Arizona as well and decided Winfield should get the credit for establishing the community and renamed it Scottsdale (what a great brother!). Obviously, the name stuck, and now it’s one of the most prosperous and well-known of Phoenix’s suburbs. 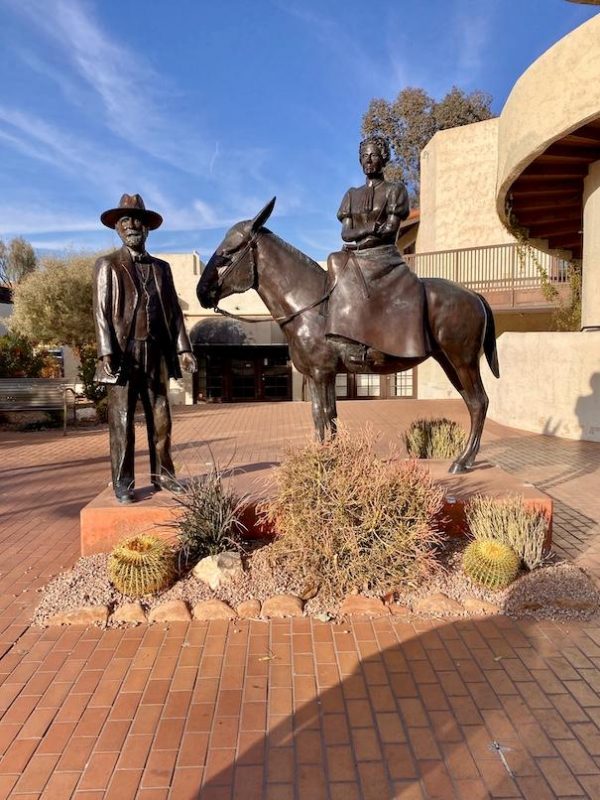 Stop number two on our Scottsdale food tour was a trip out of the Southwest and across the ocean to German beer garden Brat Haus.

But just because it’s a German beer garden does not mean that this is your typical “meaty sausage and bready pretzel with beers on tap” kind of place. I mean, yes they do have all of that. But it’s not like anything you’ve had before, partly because everything (literally everything), is made in house. All the sausage grinding and casing, the 7 different types of mustards and dips (like curry ketchup), the buttery, tender, perfectly salty pretzels. And they’re one of the few places that actually make their own sauerkraut (most restaurants don’t make it in-house because it’s heavily regulated by the FDA as a fermented food). 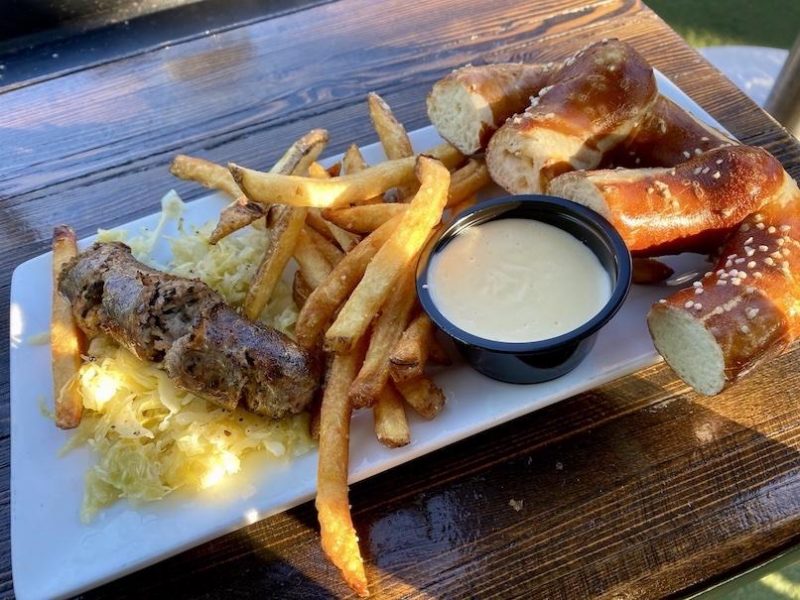 LOOK at that pretzel!! *drooling….again*

Even though we visited in January, Scottsdale IS in southern Arizona, and winter doesn’t really exist there. Brat Haus, with its laid-back patio, set with high-top picnic tables, life-sized Jenga, ping pong, and even Instagram photo spots, is perfectly set to take advantage of the area’s sunny, warm winters. We would have happily stayed in that courtyard all day, eating pretzels until we were in a carb-induced coma. But, there was more food to be had elsewhere on our Scottsdale food tour!

From Brat Haus, tour guide Zach took us through Scottsdale’s art district. This small town is the best place to visit in Arizona if you’re into art. Anybody who is anybody in the art world has a gallery in Scottsdale – from small, unknown artists to Andy Warhol and Norman Rockwell. 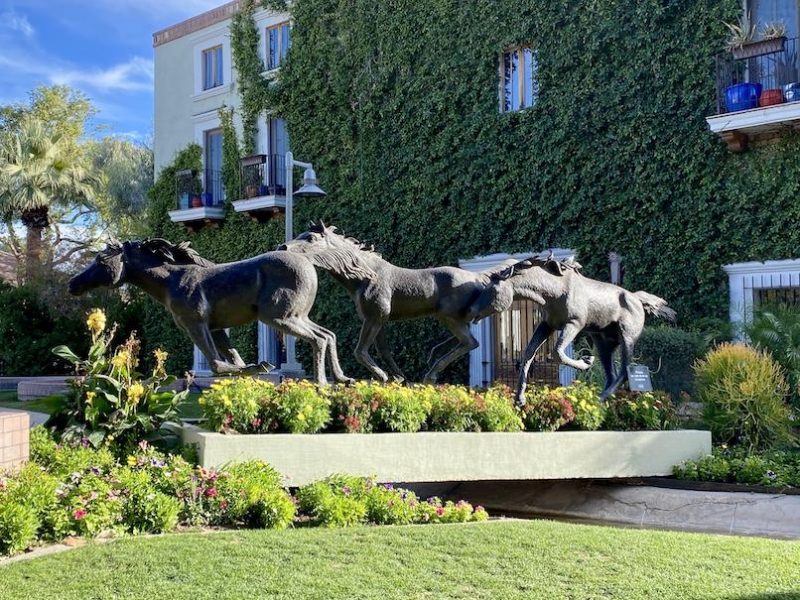 And in the middle of this art-mecca is Malee’s Thai Bistro. Open since 1987, Malee’s is the oldest Thai restaurant in Scottsdale. Which, in a competitive food scene like Scottsdale’s, says a lot about the quality of Malee’s. It did not disappoint.

I’ve always thought that if a Thai restaurant can’t make Pad Thai, then it must be a failure of a Thai restaurant. Zach, however, told us that to truly measure the worth of a Thai restaurant, you have to try the Tom Ka Gai soup, a coconut-based ginger soup, with lemongrass, mushrooms, and other Thai spices. Naturally, that, paired with a mini spring roll, was what we tried on our visit to Malee’s. Turns out I’ve really been missing out all those times that I ordered Pad Thai instead of this bowl of amazingness. Malee’s Tom Ka Gai soup was simple, but filled with an explosion of flavors with every sip. 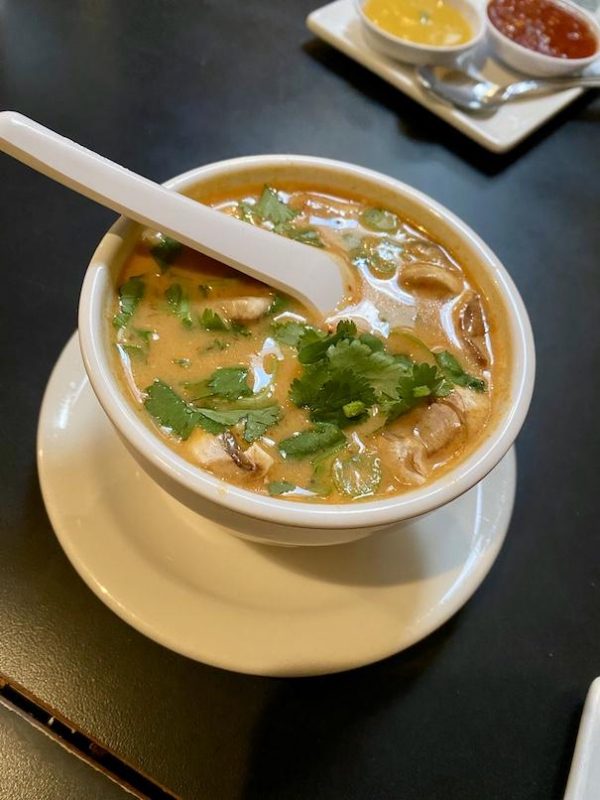 We’d been smelling the last restaurant on our Scottsdale food tour all over town for the past 3 hours. Bootleggers, an American smokehouse that has been featured on Food Network’s Diners, Drive-ins, and Dives, smokes all of its meat on-site, gifting the local area with the constant aroma of smoked ribs and pork.

Our “taste” at Bootleggers came in the form of an entire tray of brisket nachos. Yeah, BRISKET nachos, topped with a chipotle cheddar sauce, guacamole, and slices of jalapeno peppers. And did I mention that brisket? Slow-roasted for 12 hours? I was already pretty full at this point, so while I skipped the chips part of the nachos, I made sure none of that brisket went to waste. It was THAT good. 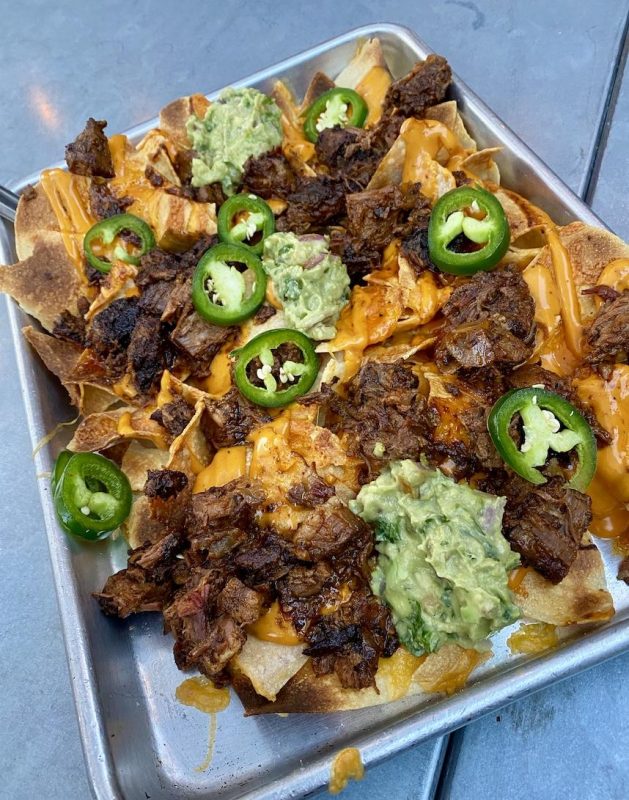 But you can’t have a place called “bootleggers” without alcohol, right? Of course not! We each got to try a sip of their homemade apple pie moonshine. Smooth, sweet, and entirely too dangerous. I would have loved more than a sip but who knows how that would have ended?

Conveniently right next door to Bootleggers is Shakes and Cones. After all, Zach couldn’t let us end our Scottsdale food tour without dessert.

Shakes and Cones has been dishing out organic soft serve ice cream from its Scottsdale window since 2014. Everything they serve is made in small batches from their exclusive recipes, using only local, non-GMO, organic ingredients.

We each got our own mini vanilla sundae, topped with homemade whipped cream and chocolate. Nothing fancy, but after 3 hours of incredible and diverse flavors, sometimes simple is exactly what you need. 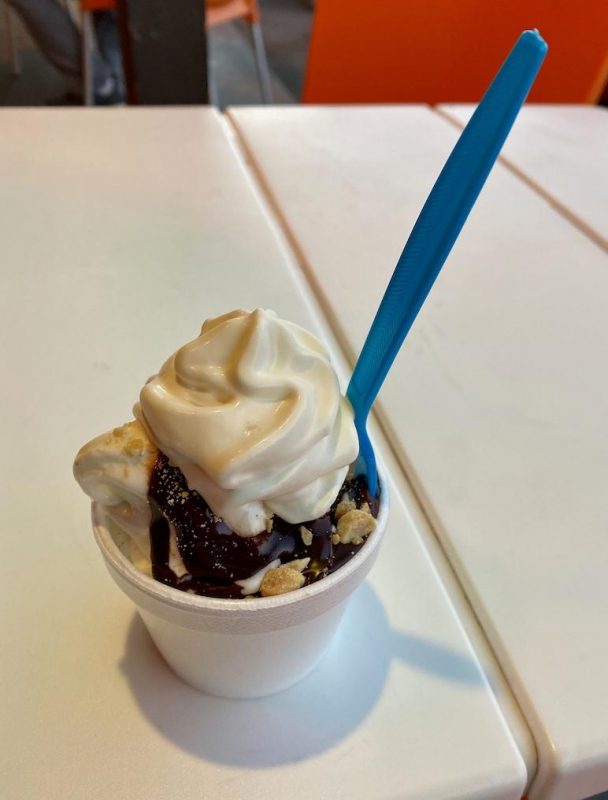 Arizona Food Tours was an excellent way to get to try some of the best food that Scottsdale has to offer and learn a lot about the community along the way. Our tour guide, Zach, was extremely informative and friendly and we got to try an incredibly diverse slate of foods. So whether you’re a Scottsdale local or a visitor from out-of-town, this is Scottsdale food tour is definitely an activity you need to check out! (After all, who doesn’t want to spend an afternoon eating good food?)

To see all tour options and to make reservations, go here.

*While Arizona Food Tours offered this tour complimentary to me, all opinions are my own.

Phoenix is also a surprisingly great place to start a ski road trip! 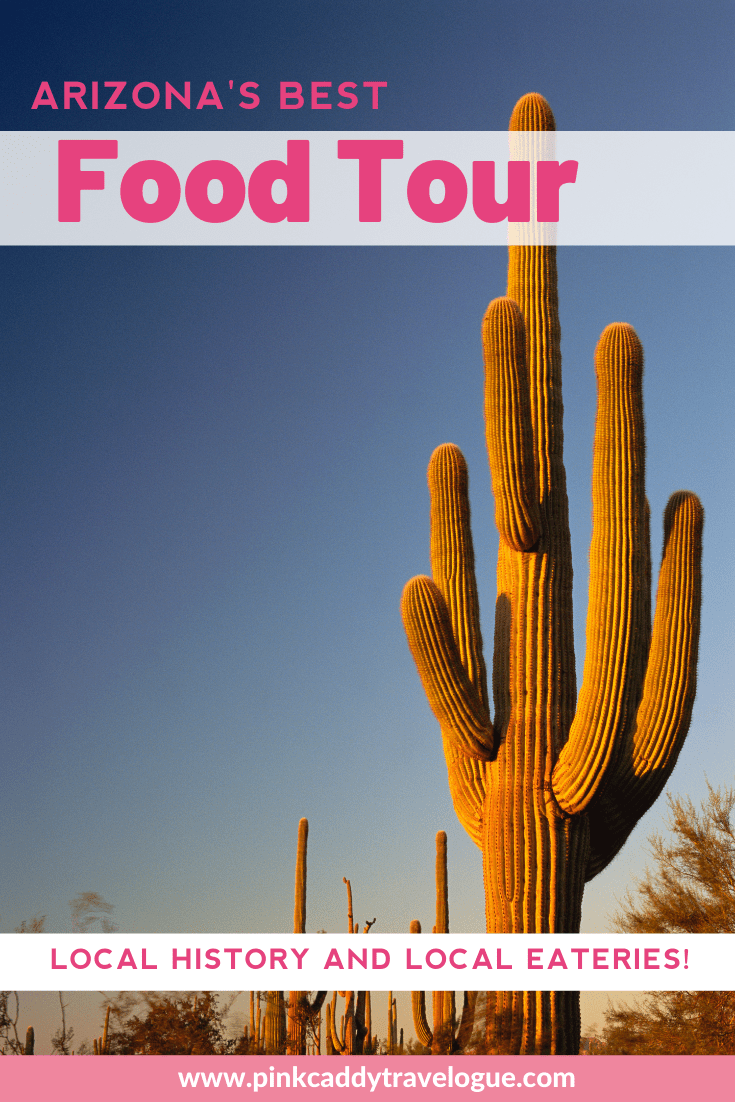 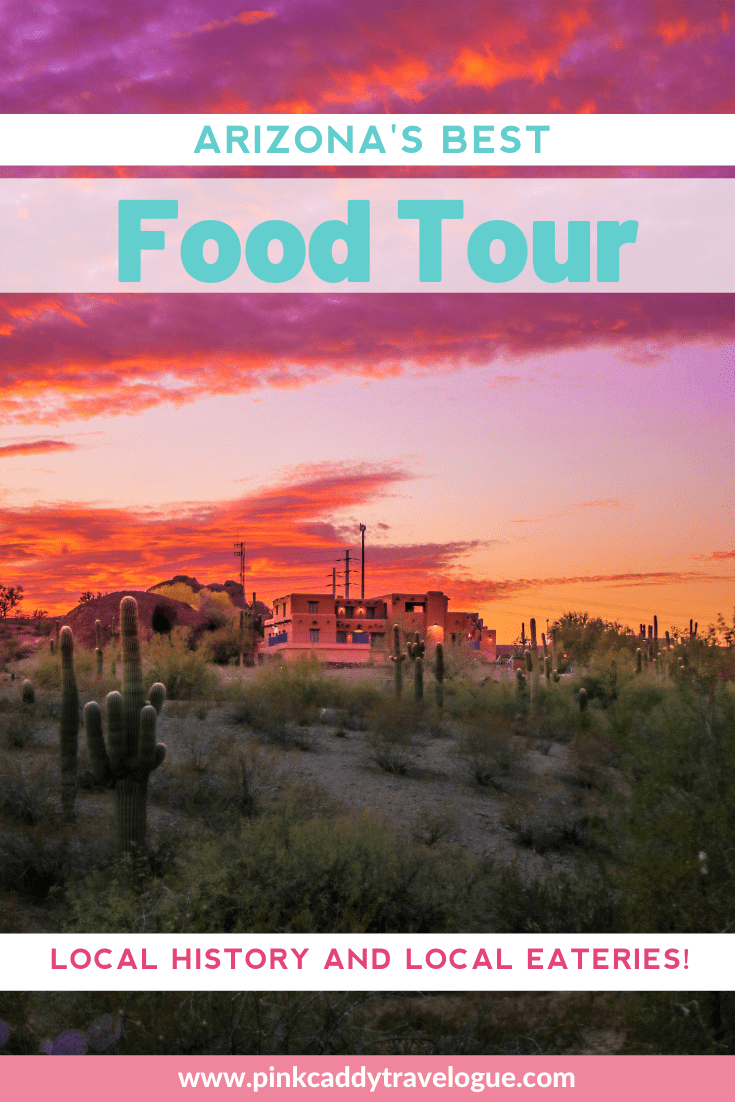