Headed to Glacier National Park? Make sure to visit nearby Browning, Montana!

*This post contains affiliate links. That just means that if you happen to click on one of those links and end up making a purchase, I make a small commission (and you will have made my day!)

A few years ago, I got to spend an entire month in Montana, living on a bison ranch just outside of Glacier National Park. It sounds like a modern-day Western in the making – riding horseback with the bison herds on the American plains, with a snow-capped mountain range in the background. But this was not a vacation; I was there on a mission trip to the Blackfeet Indian Reservation. For a month, I got to see a side of Glacier, and Montana, that many tourists don’t. But a visit to the town of Browning, Montana is critical to understanding the history of Glacier National Park and the people who lived here before it was a tourist destination. 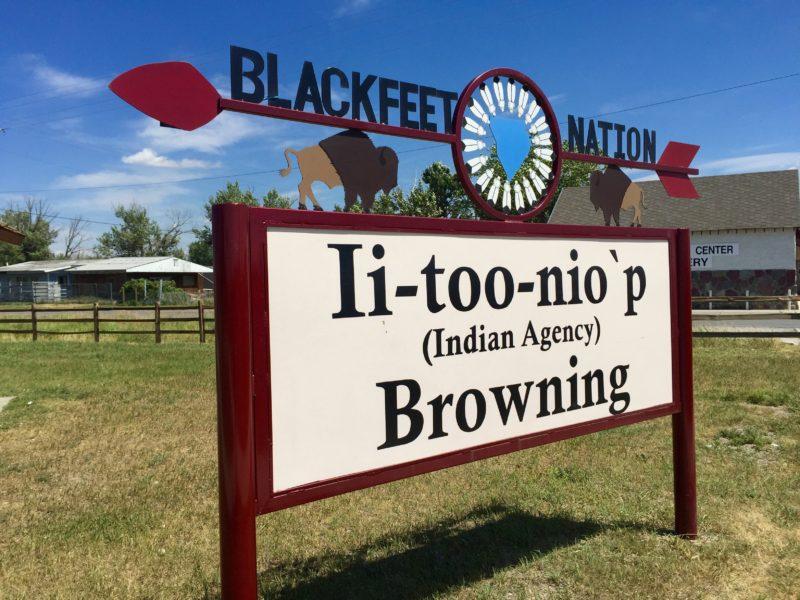 Towering stone monoliths with everlasting caps of snow, cerulean lakes so clear you can see 200 ft to the bottom, moose and elk and grizzly bears roaming freely as if they own the place (which, honestly, they do). 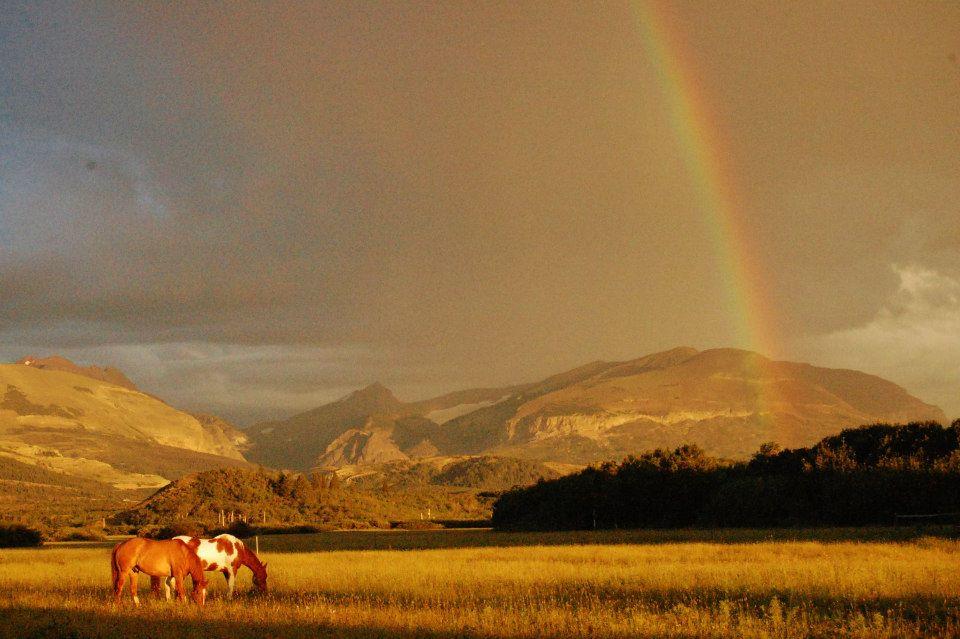 Ranchland outside of Browning

A town filled with nothing but run-down mobile homes doesn’t seem to fit into this pristine landscape, but that’s the reality of Browning, MT. It’s the main reason Browning certainly qualifies as an off-the-beaten-track destination; the town isn’t exactly an Instagram-famous location. When given the options of bustling tourist towns Whitefish and Kalispell, most visitors to Glacier National Park don’t ever venture into Browning. But it’s worth visiting if you ever find yourself in the northwestern corner of Montana. Read on for my justification for this unusual recommendation.

Glacier National Park is, unquestionably, one of the most stunning places in the United States. The million-plus visitors that travel through it each summer clearly agree. Because of the huge influx of tourists between June and August, the towns around the park thrive on the business from out-of-towners: Kalispell, Whitefish, West and East Glacier – villages seemingly made for tourists, with restaurants, huckleberry-obsessed bakeries and gift shops, and stately cedar lodges open only when the roads aren’t buried under several feet of snow.

But before the tourists ever knew about Glacier’s beauty, before there were gift shops dedicated to selling huckleberry ice cream and huckleberry candles and huckleberry tea, before you had to book your lodge reservations a full year in advance, the Native Americans had the park mostly to themselves. The Kootenai and Salish tribes controlled much of the land to the south and west of the park, and the Blackfeet ruled the east.

To the Blackfeet, the mountains were (and are still) sacred. By the late 18th century, they were the most powerful of the Plains Indians, following the mighty bison herds on horseback across the flat grasslands. But the mountains were an integral part of their religion. Chief Mountain was the site for vision quests and prayer. Badger-Two Medicine is closely tied to their oral traditions. And there are numerous other sites along the “Backbone of the World,” what they called the mountainous part of northwestern Montana, that are special to the Native Americans. 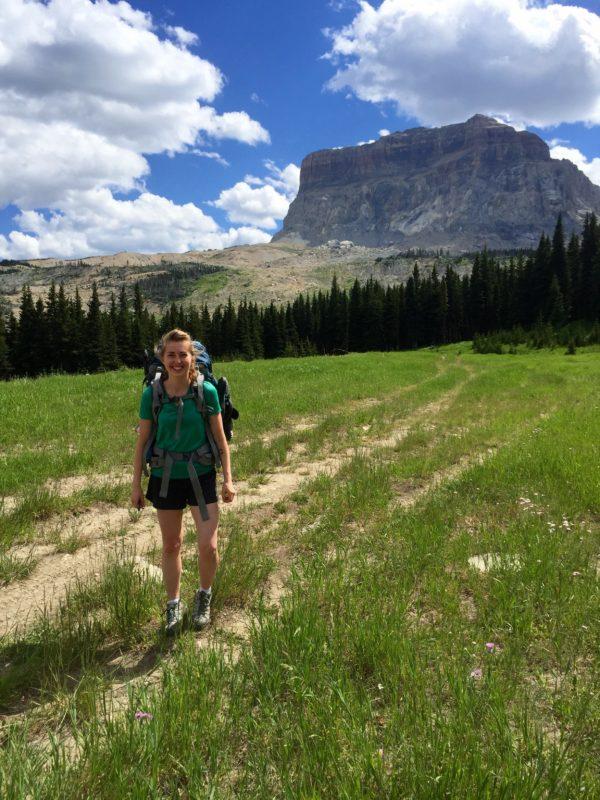 So when the Blackfoot chief sold the land containing Glacier National Park to the U.S. Government in 1895, it was with the understanding that the tribe would maintain usage rights.

If you know anything about the sordid tale of the U.S. Government’s relationship with the Native Americans, you won’t be surprised by the fact that that’s not exactly how things worked out. The land became Glacier National Park, fully in control of the government. The Blackfeet were relegated to their reservation and prohibited from performing any of their historic religious practices within the park. There have since been treaties signed that have lessened the restrictions and handed some control back over to the tribes, but there are still several contested areas.

While I’m glad that the national park was designated as such, and has been protected from development for future generations, there was collateral damage. Such was often the case in the early days of the National Park Service (the creation of Shenandoah led to the displacement of hundreds of families living on the mountains, for example).

Today, when you visit Glacier National Park, you’ll find very little evidence of the Blackfeet’s connection to it. Much of the tourist areas are just that – areas designed for tourists, with sterilized versions of the park’s history. The visitors’ centers focus on the ecological and geological history of the park, and the first European explorers who visited it. The Native American connection with the park is barely touched.

Because of that, most visitors don’t even think to venture onto the Blackfoot Reservation, except for a short stint on Hwy 89 from East Glacier to St. Mary’s Lake. They don’t realize just how much more there is to learn. So, most don’t ever get to know about the culture or history of the park from the eyes of those who have been there for centuries. Glacier is a beautiful place, but if you’re looking for an authentic experience, or want to learn about Native American culture, you need to do what most don’t and get off the beaten track.

Though just 30 minutes from the town of East Glacier and the eastern end of the famous Going-to-the-Sun Road, Browning is definitely off of the beaten track. The town of Browning, Montana is the largest community on the Blackfeet Reservation. And by “largest,” we’re not talking about a metropolis. It just means that Browning has the tribe’s only community college, 3 entire grocery stores, an actual coffee shop, and a fast food burger place. Most reservation towns don’t have most, or any, of these things.

Related: Things to do in Montana

Like most Indian reservations, the Blackfoot reservation is very poor. I’m not going to candy-coat it at all and pretend that it isn’t depressing. To give you an idea of why the reservation is that way, here are some stats: In 2015, there was an 18.7% unemployment rate among members of the tribe (as compared to 4% nationwide). 32% of households make less than $15,000 a year. Only 15% of members age 25 or older have received at least a Bachelor’s degree. A majority of families have been directly affected by drug abuse and alcoholism. 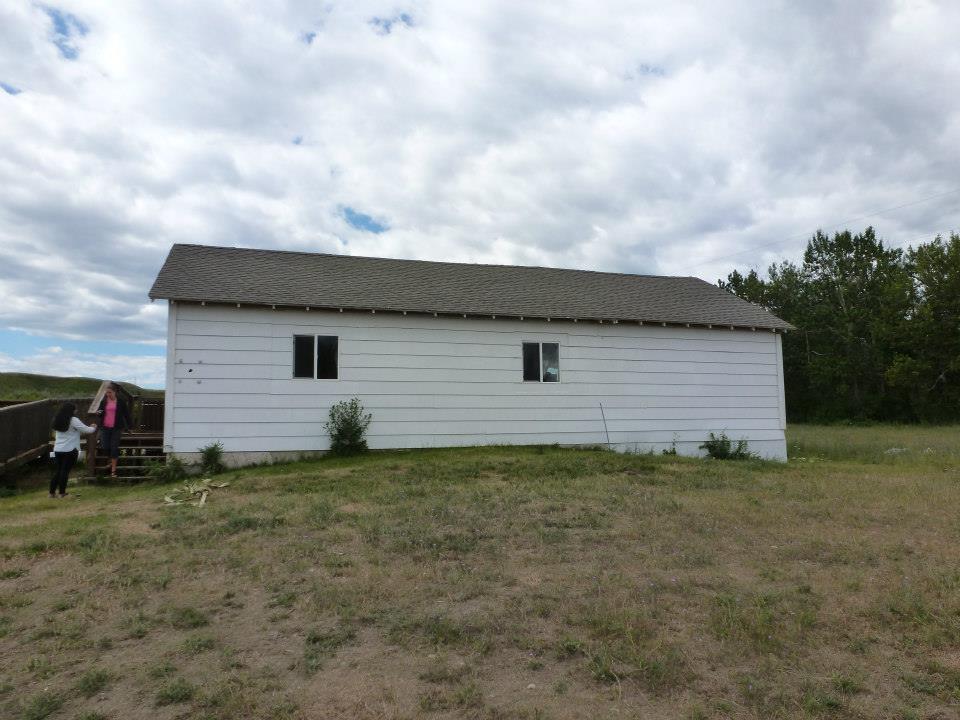 The church I attended while there

It can be a shock to go from the clean and tidy towns west of Glacier to Browning. Nearly every home here is a mobile home. And because the winds on this side of the mountains can be so fierce, most homes have cinder blocks on their roofs so that they don’t fly off. There is nothing about the physical town itself that is attractive. The tribe also doesn’t believe in penning in animals, so you’ll see lots of dogs freely roaming the streets, in addition to horses and herds of cattle wandering along the side of the highway.

But Browning is a lesson in the “don’t judge a book by its cover” adage (and the tragedy of government dependency, but that’s a soapbox for another day!). It’s the type of town that automatically makes you want to press down harder on the gas pedal and get through it as fast as possible. But you shouldn’t. Despite the negatives, I found the Native American culture to be delightfully refreshing from the fast-paced, superficial political world that I live in in Washington, DC.

At the time, I wrote an entire blog on the Blackfeet people and their culture, but I don’t have the time now, nor is it entirely appropriate for a “travel blog.” (But if you want to read it, you can go here). What I will tell you is that you won’t regret taking some time to get to know them. They are a people who value other people more than anything, and are tied to the land more than any other culture I’ve met. I never would have experienced that or gained a deeper understanding of Native American history had I not gone to Browning and met the people who live there.

A visit to Glacier National Park will only give you part of the story. A trip to Browning, as unlikely a tourist destination as it may seem, will fill in the gaps.

Things to do in Browning, Montana

Museum of the Plains Indian 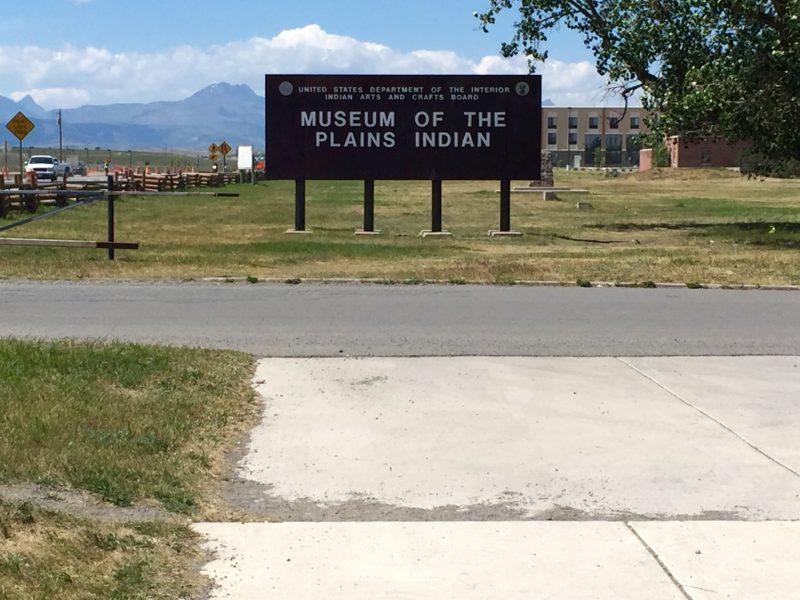 Museum of the Plains Indian 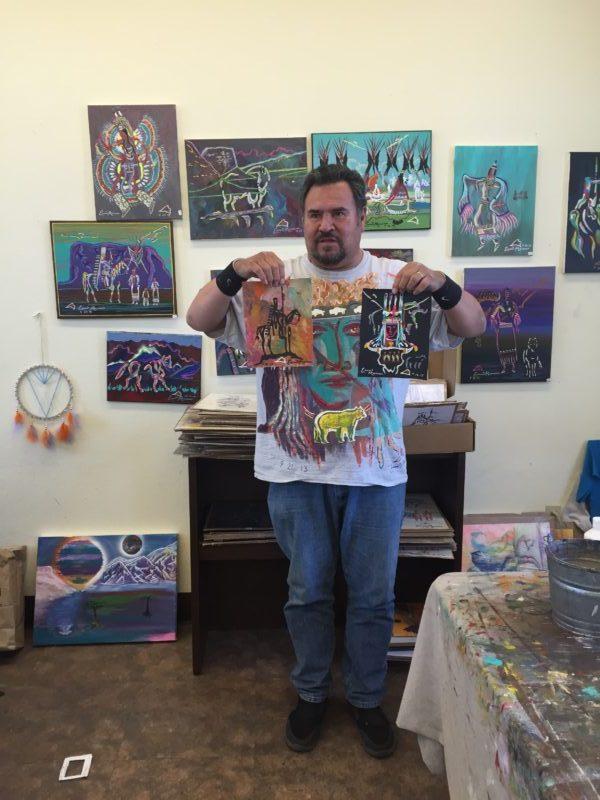 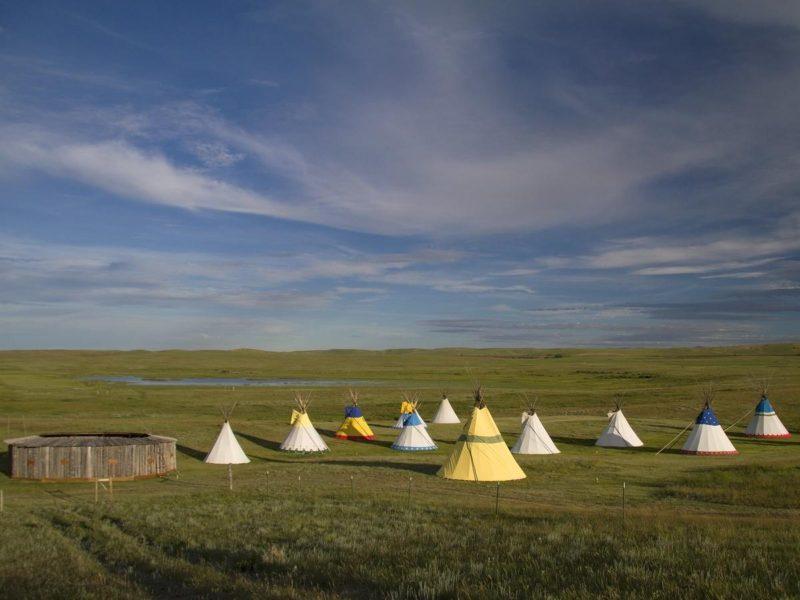 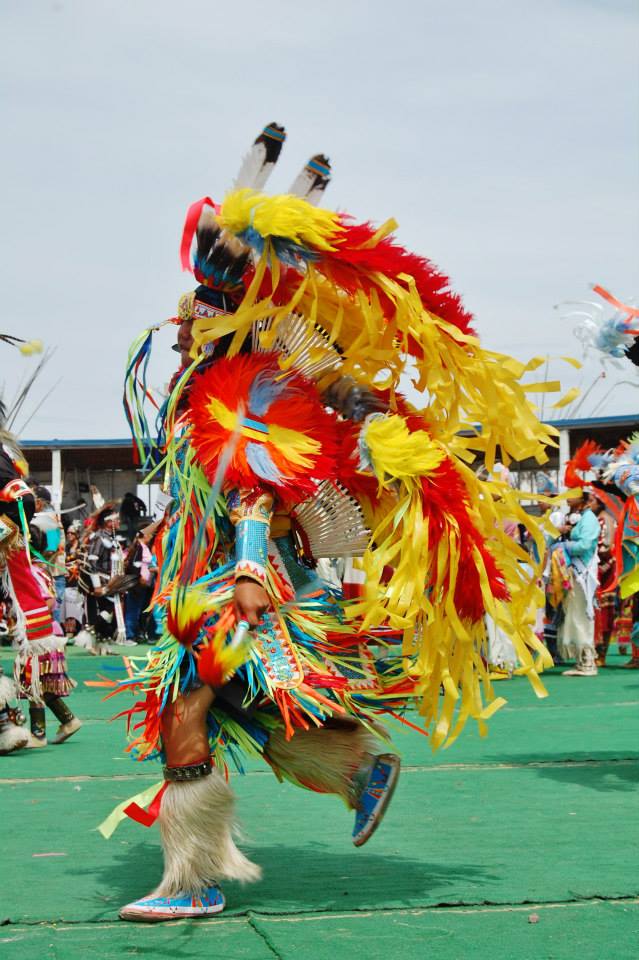 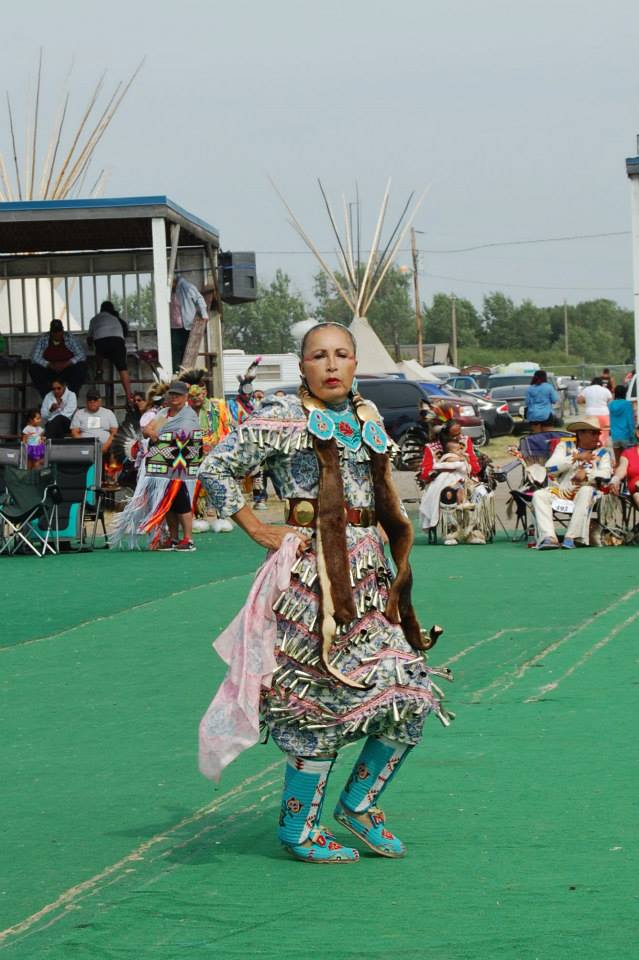 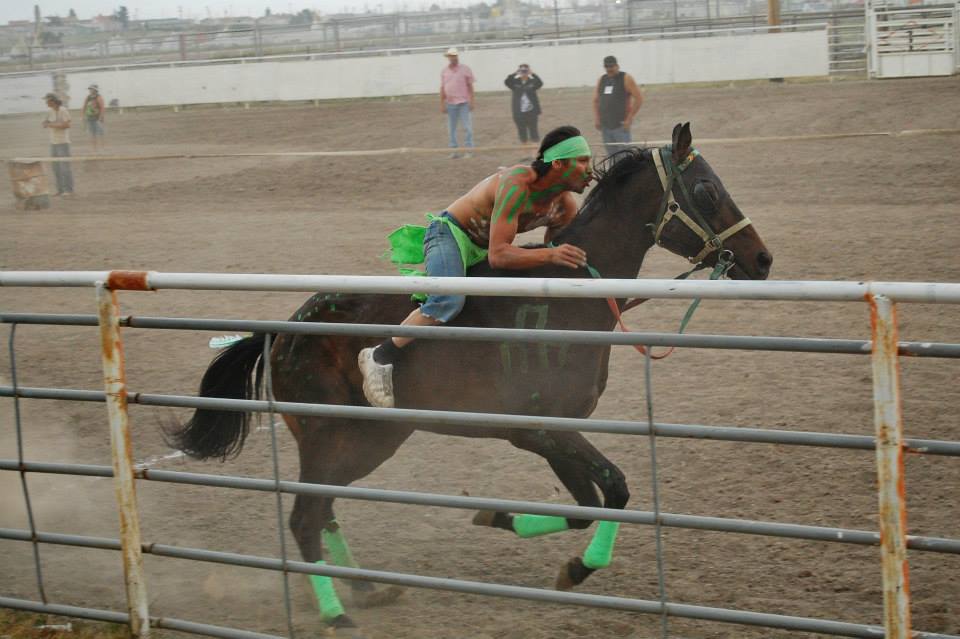 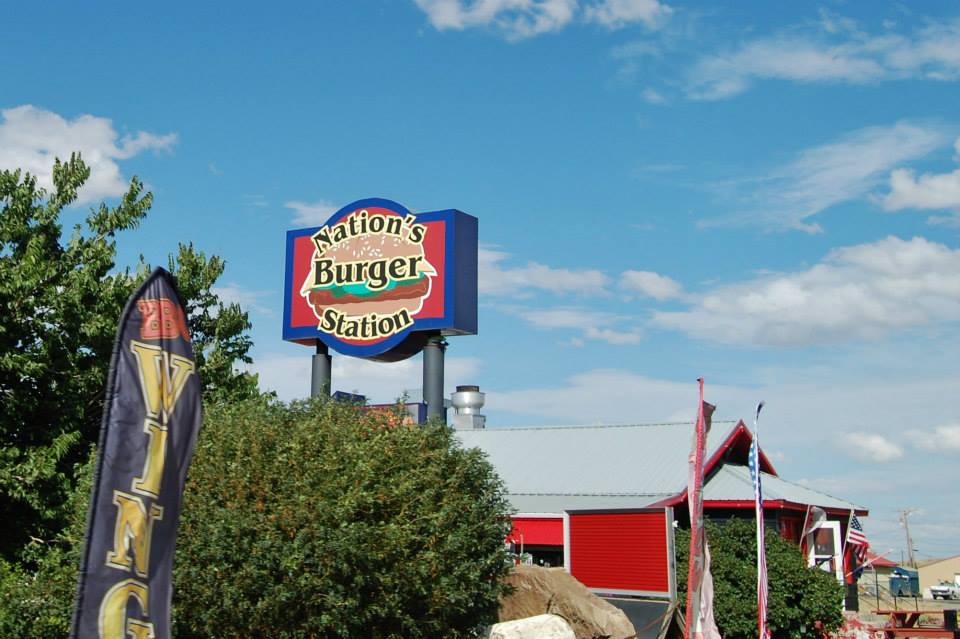 Not in Browning, unless you stay at the Tipi Village. East Glacier has a historic lodge, as well as a number of motels and even a small hostel. St. Mary’s also has some accommodations. Otherwise, you’ll need to find accommodations inside of Glacier National Park or on the west side of the mountains near Kalispell.


How to Get There

By train: Browning, Montana does have an Amtrak station, but it’s only open in the summer.

By plane: The closest airports are Kalispell (FCA) and Great Falls (GTF), both of which are about a 2 hours driving time from Browning. 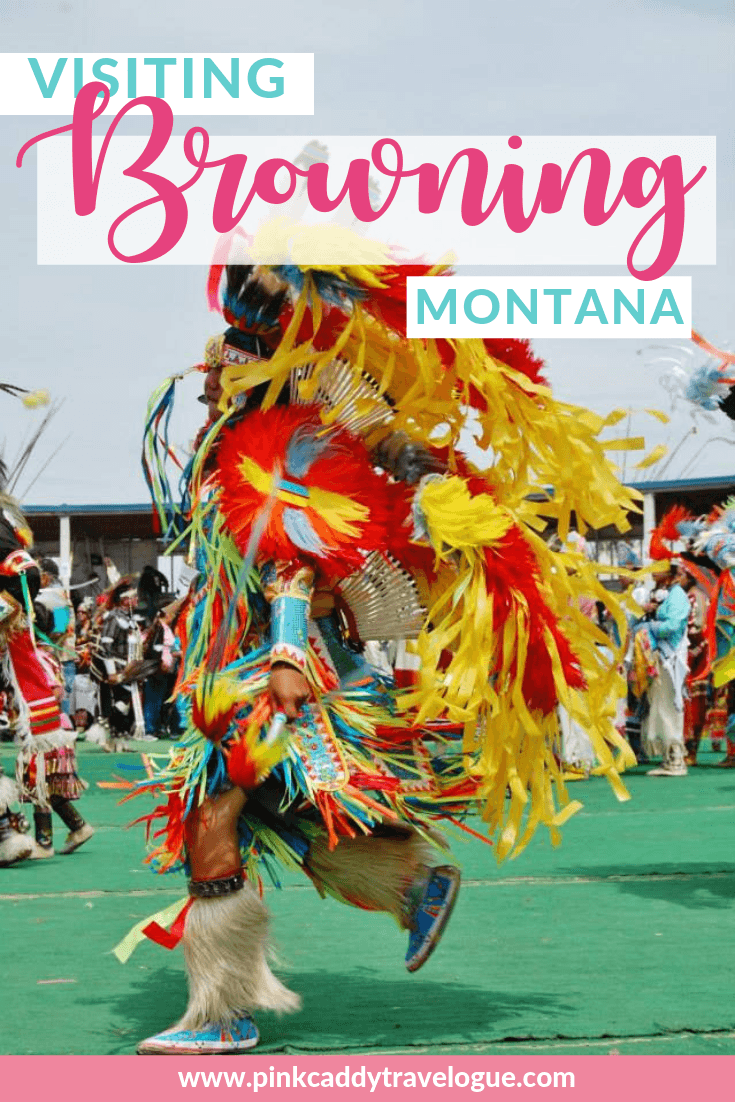 11 Best Books Set in the Midwest